The programme will take place at the impressive Alpine Racing Human Performance Centre at Enstone, providing the next British F4 champion with vital know how from a Formula 1 team.

Alpine will use an initial assessment to develop a tailored plan with a focus on identifying areas of improvement and improving core physical condition.

Julian Rouse, Academy Director at BWT Alpine F1 Team, said: “We are pleased to collaborate with ROKiT British F4 for 2023 and offer the champion a variety of opportunities we have as a Formula 1 team.”

Rouse added that Alpine’s experience will be critical to help the up-and-coming talents development.

“The facilities and knowledge we have here at BWT Alpine F1 Team is invaluable to the upcoming driver and their next step in their career, and we are eager to be on board with this journey to promote young talent in grass-root series like British F4.”

Winning the British F4 crown has become increasingly valuable with a chance to work with a Formula 1 team up for grabs.

The eventual champion will also receive 12 FIA Super Licence points a paid-for Formula Regional test, plus a multitude of other career-enhancing prizes.

“This is a fantastic opportunity for the 2023 champion to receive regular human performance coaching and instruction from a leading Formula 1 team as they take their next steps on the single-seater pathway,” commented Hugh Chambers, Motorsport UK Chief Executive Officer.

“The facilities at the Alpine Human Performance Centre are well-equipped to support drivers in their development. We’re thankful to Alpine for supporting ROKiT British F4 and this is another excellent opportunity for our next champion.”

Three of British F4’s graduates will compete in Formula 1 this year in Williams driver Logan Sargeant, alongside McLaren’s youthful lineup of Oscar Piastri and the 2015 series champion Lando Norris.

The 10-round British F4 campaign starts on the 22-23 April at Donington Park and includes a trip to the Grand Prix circuit at Silverstone. 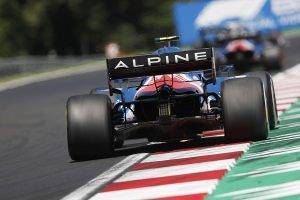