The Circuit Built at the Base of a Volcano

The Circuit Built at the Base of a Volcano

Formula 2 as a championship in its many forms has raced at many places around the world since its inception. Have you ever wondered what happens to the ones that no longer make it to the calendar? Keep reading to find out.

The Circuit de Charade is situated in the mountainous, Massif Central of central France, near the city of Clermont-Ferrand.

The track is built around the base of an extinct volcano, which dominated the skyline of the French City. The sinuous circuit was eight kilometres long, yet succeeded to include an exhausting 51 corners.

The circuit was often called a faster version of the Nürburgring. It captivated the best drivers who respected and feared the French track, due to the relentless number of sharp curves and elevation changes, with little to no straights. This often demonstrated and exposed a driver’s skill in the car.

The roller-coaster like circuit often made the drivers become overwhelmed by motion sickness, resulting in them choosing to wear open faced helmets ‘just in case’.

The first Formula Two race around the track was held the July 1958, just the second race to be held on France’s ‘Green Hell’. The race was won by Maurice Trintignant in a Cooper T43.

Unfortunately, the track carries a dark history in F2. In 1959, British driver Ivor Bueb crashed his BRP Cooper-Borgward and suffered serious injuries. The crash happened at Gravenoire, a multiple apex section at the far end of the circuit. Regrettably, he succumbed to his injuries six days later.

In 1964, Formula 2 saw Denny Hulme take pole position in a Branham-Cosworth BT10. The average speed was 131 km per hour. The race ensued over 32 laps, and after starting on pole Hulme won by 6.6 seconds.

As years went by the circuit started to become a safety hazard to both drivers and spectators.

A rock pierced the visor of Marko, permanently blinding him in one eye. The same year falling stones caused 10 punctures during Grand Prix’s, it became common at the track. The volcanic debris littering the track became a constant problem.

In addition, the mountain section of the circuit became treacherous, and with there being no scope for run-off areas, the original circuit was closed for racing in September 1988. Although a shorter version of the track was unveiled in 1989, it never returned to its former glory. 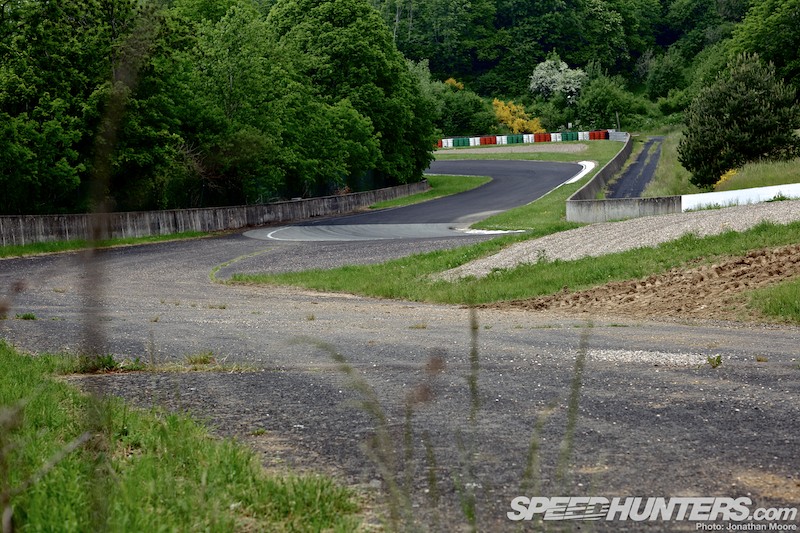 The track that the Formula Two cars were used of is almost unrecognisable with the grandstand torn down and the paddock areas turned into a wasteland.

Have you ever been to a track abandoned by F2? If so let us know on Twitter. Also, suggest to us which abandoned track you want us to visit next.