Jack Aitken travels to Russia with hopes of an upturn in fortunes in the latest round of Formula 2.

The Anglo-Korean was left to rue his bad luck in the previous round at Mugello. The fast, flowing circuit proved a big test for the drivers in F2’s first race at the Tuscan circuit in the modern era.

In the Feature Race, Jack and Campos opted for what should have been the quicker strategy, starting on the Softs. After all the pit stops, Aitken was up to sixth. However, a late safety car left him vulnerable to drivers behind on fresher tyres.

Just like in Formula 1, the safety car restart down the long pit straight was chaotic, and on the run to the second corner, Aitken was alongside two other cars. Contact in the form of a racing incident left the Campos driver out of the race. He demonstrated his pace once again in the second race of the weekend when he got up to 13th from 19th.

The Sochi circuit features plenty of 90 degree turns, presenting a different challenge to Mugello. With smooth surfaces, it is in some ways less demanding on tyres, although the drivers will have to get to grips with the Supersoft tyres which are available along with the Medium compound this weekend.

Jack Aitken said: “It’s an interesting track: a bit different from the others, so I’m quite looking forward to it.

“Sochi is deceptive in many ways: the track surface is quite smooth, so actual tyre wear is low, but you still have to manage the tyres thermally, and there are many corners that suck you in, but it’s so easy to then lose time on the exit, especially as there’s so much AstroTurf around.

“So, it’s a circuit that you drive by technique rather than pure instinct: you have to be a bit conservative because if you attack it too hard, it punishes you.

“I’ve been really focused on getting the absolute most out of the car this year. With testing so limited and no gaps between races though, it’s hard to find any big improvements. So, you have to look at the little details, maximising every single element, however small.

“That’s what I’ve been doing, and that’s why we’ve seen an upward trend in the car performance recently. The goal is very much to keep going in that direction this weekend at Sochi.

“Unlike some other races, where there’s often a clear strategy to follow, there’s normally quite a wide pit stop window at Sochi because of the low tyre wear, so we’ll be looking to make the most of that.

“You can play around with track position a bit, so the aim is to make the stop whenever it gives you the most chance of running in clean air for a bit, to make up time. There are definitely some good opportunities to be had with strategy because of that, which is another interesting element to this race.”

Heading into Russia Jack Aitken celebrated his birthday, so he will be hoping the races will give him plenty to celebrate. 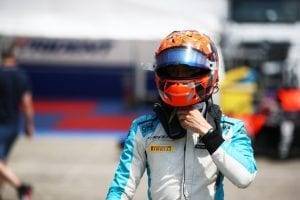