In 2019 their driver Nyck de Vries won the Drivers Championship convincingly and for the new season, the team have announced two promising young drivers Marcus Armstrong and Christian Lundgaard.

With this type of pedigree in the Championship, any driver would stand a strong chance of performing well racing for the team and both 2020 drivers will be hoping for a strong first season.

The nineteen-year-old is from Christchurch, New Zealand and begun like most on the karting tracks winning junior accolades before getting his big opportunity in the Formula Ford Championship.

Moving to Europe in 2016 he has competed in Renault formula’s, Formula 4 Championships and has had two seasons racing in the Formula 3 series. He has always been very competitive with one-third place finish in a drivers championship and three vice-champion honours. His Championship winning year came in 2017 winning the Italian F4 Championship with 13 podiums, 4 wins and 6 poles.

He will be hoping for more success in 2019 as he follows both Robert Shwartman and Jehan Daruvala whom he fought intensely with through last years 2019 FIA Formula 3 Championship.

“Its an honour to join ART Grand Prix for many reasons. Mainly because of the team’s huge history. It’s been a driving force in GP2 and F2 over the last fifteen years and a lot of F1 drivers have come from the ranks of ART Grand Prix.”

“I can’t wait to take to the wheel of the Formula 2 car with ART Grand Prix. I want to thank them, as well as the Ferrari Driver Academy and Ferrari management for giving me the best possibility to enter into Formula 2. (credit: art-grandprix.com)

During the 2019 season, Christian achieved one win with two podiums and two pole laps to finish 6th in the overall Drivers Championship.

“It’s going to be a very challenging year stepping up to F2 with ART. I’m happy to be staying with the team and I fully believe in them. Obviously, it will be tougher than 2019 as the races are longer and there’s also the challenge of pit stops. I was lucky to do the F2 race in Abu Dhabi as it meant I got a taste for what racing in F2 will be like this year.” (credit: art-grandprix.com)

The experience he gained racing in the 2019 Abu Dhabi weekend means he doesn’t technically classify as a rookie under the rules but this will be his first full season in the championship similar to that of his teammate.

Given the expected strength of his teammate Armstrong, I’m sure will be aiming to beat him and see where that takes him.

ART G.P has plenty of resources and skill within the team to give the two drivers the tools they need to succeed but will they be able to live up to the high standards set by prior ART graduates and F1 Wolrd Champions of the past.

In a slight plot twist, Lundgaard had been on a training camp in Tenerife when his hotel was Quarantined and he is not due to be released from the hotel until the 10th March which means he missed the pre-season training and any running in the car despite significant changes this year.

During the testing weekend, Lundgaard himself seemed in good spirits and continued training from his Hotel but the question will be asked whether missing the three-day session will have a negative impact on his start to the season. 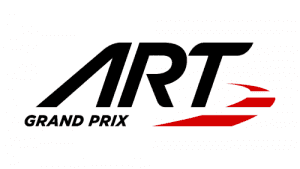