With the Bahrain Grand Prix fast approaching, the new season of Formula 2 will be kicking off with a trio of races.

This isn’t the first time the circuit’s featured on the calendar – in fact, it’s been a regular feature since 2017 and made its Formula 2 debut back in 2005.

To give you a little introduction to the circuit here’s Bahrain In Numbers – your statistical preview for the Bahrain Formula 2 rounds.

20 – The number of different winners of GP2/F2 rounds hosted at the Bahrain International Circuit.

8 – The lowest grid position for a race winner, shared between Nico Rosberg (2005) and Davide Valsecchi (2012)

3.35 – The average grid position for a race winner at Bahrain

5.412km – The length of one lap of the Bahrain International Circuit

422.136km – The distance the drivers will have raced after Sunday’s feature race

Who do you think will win the Bahrain Formula 2 rounds? Do you think we’ll have some new statistics to add to the list after the race weekend? 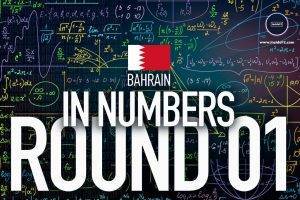