After the shortest winter break Formula 2’s ever seen, the drivers are finally back this weekend, ready to kick the season off in style at Sakhir!

This isn’t the first time that Bahrain’s featured on the calendar – in fact, it’s been a regular feature since 2017 and made its Formula 2 debut back in 2005.

To get you up to speed, here’s the 2022 edition of Bahrain In Numbers, your statistical preview for the upcoming Formula 2 weekend!

23 – The number of different winners of GP2/F2 rounds hosted at the Bahrain International Circuit.

48.3% – the percentage of wins that have come from pole position – the most recent being Guanyu Zhou in last year’s feature race

8 – The lowest grid position for a race winner, shared between Nico Rosberg (2005) and Davide Valsecchi (2012)

3.34 – The average grid position for a race winner at Bahrain

5.412km – The length of one lap of the Bahrain International Circuit

297.66km – The distance the drivers will have raced after Sunday’s Feature Race 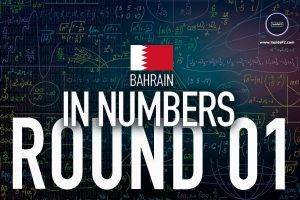