We’re a quarter of the way through the FIA Formula 2 season as the championship heads to the streets of Baku.

The title chase is on – with Guanyu Zhou holding his lead at the top – but there is competition coming from multiple teams and drivers headed into the weekend.

Here are some of the key statistics about Formula 2 in Baku, to get you ready for this weekend’s action!

2 – The most wins for a single driver in Baku, held by Antonio Giovinazzi after he took both the feature and sprint race wins in 2016

4 – The most podiums for a single driver in Baku, held by Nicholas Latifi. He claimed consecutive sprint race podiums from 2017 to 2019, alongside a 2017 feature race podium.

12 – The lowest grid slot for a Baku race winner, when George Russell stormed through the field in the 2018 sprint race

4.88 – The average grid slot for a Baku race winner, considerably lower than other tracks on the Formula 2 calendar

87.5% – The percentage of Baku winners who’ve gone on to become Formula 1 drivers – with 66.7% of all podium standers going on to reach Formula 1

How will Baku winner ai fare on his return to the streets? Can anyone stop Zhou from extending his championship lead? 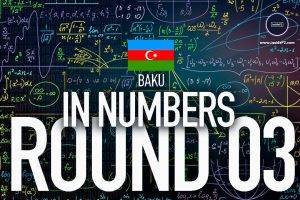