We’re coming closer to the halfway stage of the 2022 Formula 2 season, and the mighty streets of Baku host round 6 of the year.

Felipe Drugovich comes into the round carrying a lot of momentum, winning 3 of the last 4 races to extend his championship lead over Théo Pourchaire. But with Baku, anything can (and often does) happen, so every point will matter this weekend!

Here are some of the key statistics about Formula 2 in Baku, to get you ready for this weekend’s action!

2 – The most wins for a single driver in Baku, held by both Antonio Giovinazzi & Jüri Vips, who took both victories on one weekend, in 2016 & 2021 respectively

4 – The most podiums for a single driver in Baku, held by Nicholas Latifi. He claimed consecutive sprint race podiums from 2017 to 2019, alongside a 2017 feature race podium.

12 – The lowest grid slot for a Baku race winner, when George Russell stormed through the field in the 2018 sprint race

4.1 – The average grid slot for a Baku race winner, considerably lower than other tracks on the Formula 2 calendar

66.7% – The percentage of Baku winners who’ve gone on to become Formula 1 drivers – with 42.8% of all podium standers going on to reach Formula 1

Will 2-time winner Vips make it 3 in a row on Baku’s streets, and will Drugovich extend his championship lead? 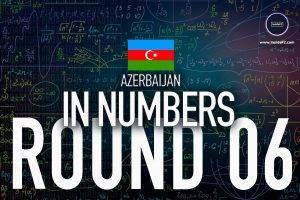