The 2020 season is finally underway! We caught up with Performance Coach, Tom Clark, to discover how Robert Shwartzman has been spending his time between the first two races.

Tom explained the last few days have been a mixture of both work and relaxation for the Formula 3 champion.

Following the early finish on Sunday, Robert was able to sit and enjoy the Formula 1 race. Under normal circumstances, there would be a scramble to pack up and leave the circuit.

With the races being held behind closed doors the young Russian remained at the Red Bull Ring to enjoy the F1 spectacle.

From a recovery point-of-view boxes need to be ticked to maintain the physical conditioning of the drivers. It includes a nutritionally balanced diet, massage and exercise.

Monday and Tuesday consisted of training sessions and a range of sports. Robert has made good use of the tennis courts local to the hotel. And, has enjoyed the stunning countryside walks that are available directly on his doorstep.

In terms of a place to kick off the season and have a double-header you really couldn’t pick a better place.

The bulk of a driver’s training is done pre-season. Therefore, between races, the focus is on drivers feeling comfortable in the cockpit, correcting any potential imbalances.

It is arguably more prevalent during this phase of the 2020 season because of the length of time the drivers have been out of their cars and locked down at home. 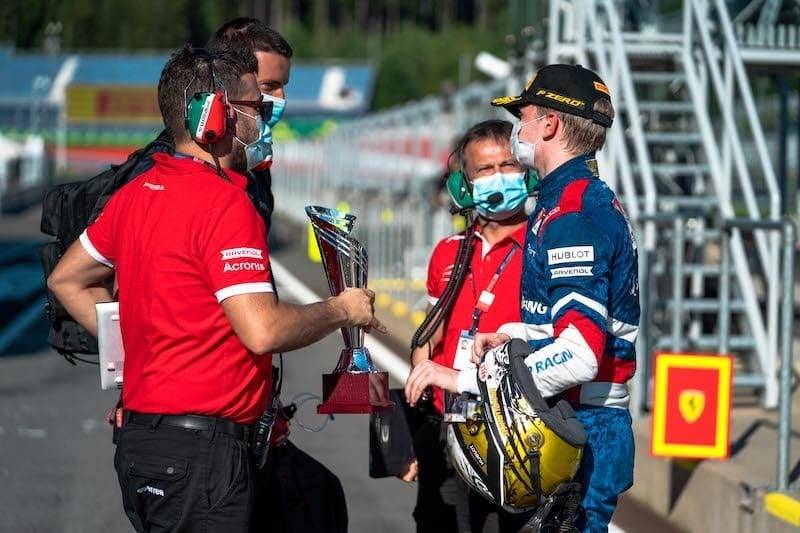 It can be tempting for the driver to spend time in the pit lane and paddock with the team and engineers during their down time. But it’s important they switch off to promote maximum recovery between races.

Taking time away from the race track and preoccupying the minds of drivers is important because of the intense few weeks they are about to embark on.

Tom Clark is an integral part of Shwartzman’s support system. He helps him maintain a balance. Working hard to ensure he is mentally and physically prepared for the next two months.

The key thing from my point-of-view is ensuring that mental energy and mental recovery are optimised.

The back-to-back races in Austria are the first of two triple-headers on a busy calendar. Which also includes a double-header at the end of the proposed season, at Spa-Francorchamps and Monza.

Although a shorter season, with less races than usual, the schedule is packed tight, with quick turnarounds.

Coming from Formula 3 where races are spread out, into a condensed championship where there’s to be a race almost every weekend, Robert is taking it all in his stride. He is mentally prepared for the unusual season ahead. Clearly he’s in good hands.

We’ve got triple-headers and double-headers – time always at the venue. We’ve just got to try and break things down and ensure the boys get a good break.

The week between the first two races hasn’t been all work and no play. Robert and Tom have enjoyed films and TV as a form of relaxation. Star Wars: The Mandalorian, series being high on the list.

Conversations on topics unrelated to motorsport have had a positive impact on Shwartzman’s mental recovery.

It’s nice to do something that’s completely unrelated to what’s going on at the circuit.

As well as using what’s available in and around the hotels where teams and drivers are staying, the FIA and the venue have gone above and beyond.

They have provided space and facilities so that the drivers and all other personnel involved in the race weekend have access to physical activity and training.

Bicycle routes and gym training areas have been created for race attendees across the paddock.

The unusual situation has presented an opportunity to take in the surrounding areas.

Race weekends are usually that busy and compact the circus is in and out of town almost as quickly as it arrived.

The teams have very little opportunity to enjoy the local vicinity. More so during the middle part of the season that Austria is an integral part of.

While fans may question two consecutive races at the same venue, teams and drivers welcome the stability. Mostly because it ensures everybody involved is as mentally and as physically recovered as they can be in such a loaded racing season.

What has been an additional benefit is the zero stress of flights and travel, that can be a challenge for the most seasoned of globetrotters.

Long days at the track, mental and physical highs and lows, sleeping in unfamiliar hotel rooms, commuting to race tracks. Combined, it all affects the human body no matter how high a level it is conditioned to.

Travelling for Shwartzman is already a challenge because of his commute between his home in Russia, and Italy where his PREMA race team and Ferrari Driver Academy are based.

Back-to-back races at the same venue are an agreeable change. Normally the schedule at this time of the year is relentless.

Three races within three weeks is still no easy feat. Therefore, Tom is prioritising Robert’s recovery between race weekends so the effects are minimal.

Despite there being necessary elements of detachment for Robert to support his well-being, preparation and motivation are encompassed into the agenda. He is, after all, a racing driver who has begun a new campaign for his next title.

Although new to Formula 2, Shwartzman is no stranger when it comes to winning titles. His impressive results from last weekend illustrate he’s a legitimate contender for this year’s crown.

When referring to Robert’s reflection on a successful first Feature Race and Sprint Race, Tom hinted there are even greater things to come from the young Russian.

There’s a satisfaction from the previous race weekend but Robert felt there were a few opportunities where he could perhaps get a place higher or two throughout the race.

Having the utmost respect for his championship rivals, Tom added:

Robert’s not getting carried away though, it was a solid race weekend from his perspective. He has the championship mentality where he’s picking up points consistently trying to work his way towards the top step.

With thanks to, Tom Clark 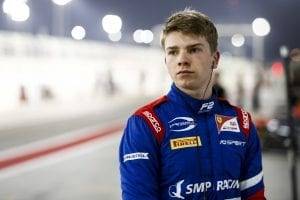