Bortoleto Joins the Formula 3 Grid for 2023

Bortoleto Joins the Formula 3 Grid for 2023

Earlier this week, Trident confirmed that Gabriel Bortoleto will join their team for the 2023 season.

The young Brazilian driver is currently competing in the Formula Regional European Championship by Alpine (FRECA). He’s had an impressive second season so far, including a maiden win in Spa. At the moment he sits sixth in the standings ahead of the penultimate round in Catalonia.

Speaking about the opportunity in his announcement:

“I am extremely delighted for the chance to compete in the 2023 FIA Formula 3 Championship with a high-level team like Trident Motorsport. I would like to thank every member of the team for the warm welcome I have been given. I feel ready for a new chapter in my career and to move to a higher series in single-seaters. I will put my best effort to make the most of this great opportunity.”

As a team, Trident have had a lot of success in recent years in Formula 3. In 2021 they won the Teams’ Championship and this year came runners-up to PREMA. They have also proved to be a great team to join as a rookie. This season, they helped the extremely talented Zane Maloney to finish second in the Drivers’ Standings whilst taking three consecutive feature race victories in his first year in the series.

“We are proud to welcome a promising driver like Gabriel Bortoleto to our line-up. He needs no introduction as he has been extremely competitive since his karting days and is now collecting impressive results in the FRECA championship as well.

“We are sure that by joining the Trident Motorsport family, Gabriel will receive solid support from every team member and prove his value and qualities.” 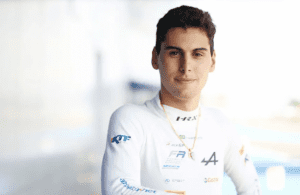