BWT HWA RACELAB is a new entrant in the Formula Two, having taken over the BWT Arden entry at the end of last year. They do, however, have experience working in F2 as they worked as a technical partner to BWT Arden in 2019.

The German-based manufacturer formed in 1999 and has close connections with Mercedes. They have experience in several series such as DTM and Formula E. Still, this year HWA are competing in the Formula Three series alongside F2.

HWA announced their driver line up of Giuliano Alesi at the end of November last year and both participated in the post-season test for the team. Both drivers have experience in the series as Alesi enters his second season and Markelov enters his sixth full season at this level.

Both the post-season test in Abu Dhabi at the back end of last year and the preseason test in Bahrain earlier this year being somewhat successful for the new outfit. HWA will hope this means the decision to join Formula Two will be a triumphant one that will take them to the top step of the podium once or twice.

With the team being in their first official year in the championship, there won’t be high amounts of pressure on them. Still, they will need to prove early on that they can fight for podiums and wins if they want to impress.

HWA RACELAB will want to do better than they did in their first year in the Formula Three Championship. In F3 last year they came a decent fifth and claimed four podiums and one victory. In F2 the team will have their sights set on more than one win and with a multiple race winner in their car, they will be hoping it is possible.

HWA joined Formula E for season 5, 2018-2019, as the HWA RACELAB where they finished ninth in the standing before they got took over by the Mercedes EQ Formula E team which they now operate. Under their new name, the team have two podiums this season both of which came in the first two races.

HWA was part of DTM for around two decades, working with various teams. Most of their time in DTM career was working with Mercedes, who pulled the plug on their DTM programme in 2018. HWA then became part of the R-Motorsport Aston Martin DTM programme in 2019 but parted ways at the end of the year.Â  HWA got left without any involvement in the DRTM series for the first time in around two decades.

Artem Markelov was the first driver announced by the HWA RACELAB team and is one of the most experienced drivers at this level on the Formula Two grid in 2020. He joined GP2 in 2014 with Russian Time, who he stayed with through the change to F2 and until the end of a tough 2018 season.

The Russian driver then went to Super Formula for a season but came back to Formula Two for three rounds. He took part in Monaco in place of Jordan King, who was competing in the Indy500, then joined BWT Arden for the final two rounds instead of the late Anthoine Hubert.

His maiden win at this level came in 2016 during the feature race at Monaco. He pulled off a spectacular performance after starting 15th and with help from a well-timed virtual safety car, under which he gained around 20 seconds. He was then able to pit and keep the lead after everyone else pitted he managed to win.

When he first started racing, Markelov had one year in the ADAC Formula Masters where he finished fourth. He followed this up with two seasons in the ATS Formula 3 series where he finished seventh in 2012 and was the runner up in 2013.

Markelov will be hoping to rack up more wins with the new outfit and will be hoping to help them get up to speed with the tyre life as quickly as possible to give them the best chance to do this. He will also want to win the championship having come second in 2017, but with such a tough field it might be pretty hard for him to do so in a new team.

Giuliano Alesi, son of former Formula One driver Jean Alesi, is the second HWA driver. He joined the Ferrari Driver Academy in 2016, a year after making the step up from karts to single-seaters.

While his dad is a big name in the motorsport world, Alesi doesnâ€™t have as much pressure on him as some of the other drivers do. He has been able to take his time to learn the new series before he started challenging for podiums and wins. After a year of learning the F2 series and car, he will be ready for the fight.

Alesi is entering his second season in Formula Two after racing for Trident in 2019. He is yet to stand on the podium in F2 so will be hoping that everything he learnt last year will help him get there.

In his first season, Alesi finished 15th in the championship. However, he was only four points ahead of new teammate Markelov, who finished 16th despite only participating in three rounds.

The French man started his single-seater career in French Formula Four where he took three race victories, one of which on his debut, and came fourth overall.

After Alesi joined the Ferrari Driver Academy in 2016, he moved to GP3 where he spent three years racing with Trident. In this time other drivers dubbed him the “king of sprint races” because in 2017 he always seemed to be fighting for wins in the second race of the weekend.

While Alesi hasnâ€™t won a championship recently, he has shown that he is capable of winning races despite not being in the favoured team. He will be hoping that he can continue this and claim his first podium and win in Formula Two this year.

BWT HWA RACELAB will be hoping to showcase their skill and expertise as they take on a new adventure in the FIA Formula Two Championship in 2020. But only time will tell if they can put themselves near the top with their two drivers.

Let us know what you think in the comments below the line. 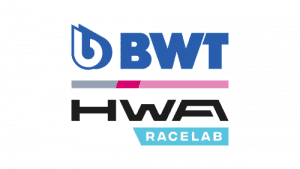