Olli Caldwell is hoping for his first FIA Formula 2 points in Spain and is looking forward to racing in Barcelona again after a successful 2021 weekend in Formula 3, where he claimed a win in the second race.

The Campos driver is hoping to continue his luck at the Spanish track by converting his race pace into points and claiming the first of his F2 career.

With Barcelona being one of the most well-known tracks for young drivers in motorsport, it won’t be hard for Caldwell to get used to the track, and with three rounds already complete, he is starting to get more used to the car.

The rookie will hope that more experience in the car will bring in some points to help him climb up the order and put his stamp on the championship.

Olli said: “I am excited to be racing at Barcelona again. I had a good weekend there last year (in F3), so looking to continue a good weekend streak there.

“I think it’ll be a really good and difficult weekend actually, but I’m looking forward to it.

“The track is good to drive, especially the first sector. The long Turn 3 into Turn 4 is sometimes physically demanding on the neck, especially in an hour-long race.

“I think tyre degradation is usually a big factor there, especially in Sector 3. So, it can be a case of whoever saves the tyres the most.

“We certainly saw that in F3 last year, and I expect to see it even more in Formula 2. It’ll be good to learn how to save the tyres and put them to good use there as well.

“I think the best place for an overtake is into Turn 1. If you get a good exit out of the chicane and if you’ve saved the tyres enough, you can get a good acceleration out of the corner and then get DRS into Turn 1 and be able to pass people into it.

“I think that’s one of the heaviest brakings on the track and one of the easiest places to make a move.”

Caldwell will hope all his experience around the Spanish circuit and his growing knowledge of the cars will be enough to help him claim points and try to help Campos climb up the teams’ championship. 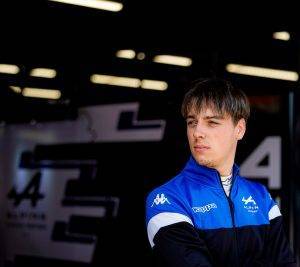