Campos Racing want more points in Silverstone as Formula 2 races there for round four of the season.

Ralph Boschung will seek to add more points to his tally, while Matteo Nannini, who will be joining the squad once again, will be eyeing points throughout the weekend.

Campos Racing will contest the fourth round of the season, which will take place at Silverstone in support of the British Grand Prix and marks the halfway stage of the season.

While they are quite a young pairing, Boschung and Nannini are experienced around the British track.

Boschung is having his best season in F2, with the Swiss driver scoring fourth place in the first Sprint Race in Monaco, claiming his best finish around the historic streets.

He finished the weekend in Monaco strongly before the series headed to another street track in Baku, where he once again showed strong performances, finishing fifth and sixth.

Nannini made his debut with Campos Racing in Baku, catching people’s eyes. Despite never racing in Azerbaijan before, the Italian made rapid progress and set competitive lap times, however luck prevented him from scoring points.

Silverstone is one of the most famous and one of the eldest circuits on the calendar, having been the circuit where the first Formula 1 World Championship race was held back in 1950.

The track features several fast corners, which makes it harder on the tyres. But it’s not just the track that will be hard for Campos; the weather at Silverstone is tricky to predict, so it could potentially play a role in the races. Meaning, both the team and the drivers must be ready for anything.

Adrian Campos-Suner Torres, Campos Racing Sporting Director, said: “We feel confident to keep the positive momentum and contest up the front once at Silverstone again. We have always been pretty competitive there.”

“I expect Ralph will continue the same streak of positive results as he is performing well this season. Finally, it is a pleasure to have Matteo (Nannini) with us for another FIA F2 event, and I have no doubt that he will be able to achieve some remarkable results.”

Ralph Boschung said: “I feel excited to go back racing this time around in Silverstone. A very challenging track with lots of high-speed corners. Managing graining will be crucial to have good races. I’m looking forward to the challenge.”

Matteo Nannini said: “I’m very happy Campos gave me this opportunity once again. I’m really looking forward to racing here in Silverstone, a track where I raced last year in F3. I hope we will be luckier and get a good result for the team. Thanks again to Campos Racing!”

Boschung sits 10th in the drivers’ standings on 36 points, while Campos Racing sit sixth in the teams’ standings.

Free practice and qualifying will occur on Friday like usual, with both Sprint Races being held on Saturday. The weekend will conclude with the final Feature Race, which will take place on Sunday. 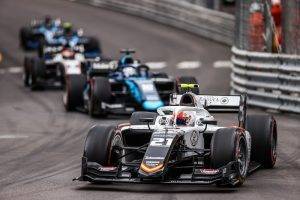