Carlin – 3rd in the Team Standings

Heading into the 2020 Season, Carlin looked set for a strong year and their driving pairing seemed a real statement of ambition to the rest of the grid. The British team fielded Honda Junior Yuki Tsunoda and young Indian Jehan Daruvala.

The opening round of the F2 Championship was held at the Red Bull Ring in Austria. Unfortunately for Carlin the team did not get off to the best of starts with neither driver claiming a point in round one. However, there were positive signs as Jehan Daruvala qualified in sixth position for the Feature Race.

The next few rounds included a second consecutive event in Austria before trip to Hungary and a double header at Silverstone in Britain.

The next three rounds of the F2 Championship were held in Spain, Belgium and Italy just as Europe reached the peak of summer in August.

Carlin continued their great form in Spain as Tsunoda stormed to fourth in both races and a Feature Race victory in Spa. Although Jehan Daruvala had tough weekends in Spain and Belgium but he did claim solid points in Monza.

The final quartet of rounds comprised of another Italian event at Mugello, Sochi and a double header in Bahrain using two separate layouts.

Mugello saw just three points come Carlins way all courtesy of Jehan Daruvala as Tsunoda suffered a double non finish. Meanwhile the final three rounds of the season saw good results with both drivers scoring points in Russia and standing on the top step of the podium in Bahrain.

Yuki Tsunoda completed his debut F2 campaign in 2020. The Japanese driver is linked with Honda and showed promise all year. Tsunoda’s inaugural F2 campaign began with a doubleheader in Austria and the Carlin ace endured some mixed results.

A trio of non finishes were joined by second place in Race 1 of the Styrian Grand Prix weekend.

Next up for Yuki was round three of the F2 championship in Hungary before a double header at Silverstone. The Hungarian round of the Championship at the Hungaroring didn’t yield much success for the Japanese driver as Tsunoda suffered yet another weekend with zero points.

However as Formula 2 travelled to Silverstone in Britain for it’s second double header of the season, results began to pick up for Tsunoda. The Japanese driver scored a great third place during the first Silverstone meeting while in the second round at Silverstone Tsunoda claimed points in both races and victory in Race 2.

The final seven rounds of the F2 season would be crucial for Tsunoda as he aimed for fourth in the drivers standings to claim a super license enabling him to drive in Formula 1.

Round five and six meant trips to Spain and Belgium and Tsunoda delivered brilliantly. A duo of fourth places in Spain and a victory in Spa left Tsunoda third in the championship with just five rounds to go.

Next up for Tsunoda was a back to back event in Italy with Monza and Mugello being put to good use.

The final three rounds included Russia’s Sochi Autodrom before a double header in Bahrain. Russia suited Tsunoda well as he claimed second in Race 1 consolidating that all important top four position in the standings. Tsunoda’s first F2 season was rounded off by two rounds in Bahrain and even took victory in the final Feature race of the year to finish third in the drivers championship.

Jehan Daruvalas first F2 campaign started well in Austria with two top ten finishes as the rookie adjusted to the Dallara built F2 car. Hungary proved to be a big step in the right direction for the Carlin driver as Daruvala scored his first FIA F2 points with sixth and seventh in Budapest.

Round 4 and 5 were to be held at Silverstone and over the 4 races Daruvala performed admirably claiming a well deserved fourth place in Race 2 on the British Grand Prix weekend.

The next 2 rounds in Spain and Belgium provided a learning experience for Daruvala although zero points were acquired, a double header of Italian rounds in Monza and Mugello yielded much better fortunes. Daruvala had great pace in Monza qualifying in eighth before scoring points in all four races on Italian soil.

With three rounds to go Daruvala continued to impress with more points scored in Russia. meanwhile the final double header of the season in Bahrain is where Jehan Daruvala really came into his stride. The Red Bull junior claimed his first F2 podium with third place before an epic victory at the final race of the season in Sakhir.

Jehan Daruvala secured one race win in 2020 and finished twelfth in the standings.

In summary, Carlin produced yet another brilliant season in FIA F2 claiming third in the constructors championship building on their great form from the past few years. Yuki Tsunoda showed great speed all year and could well be on his way to Formula 1 as Jehan Daruvala improved every time he got into the car. 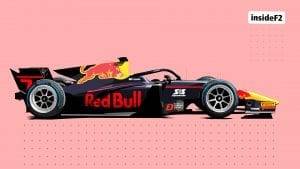