Carlin has a legitimate claim when stating they are building the foundations.

With their vast experience across the motorsport board combined with their accomplished knowledge, team spirit, remarkable facilities, and proven success, they are more than capable of backing up any bold declarations.

Team Manager, Benn Huntingford, who has an impressive CV of his own, steers the ship at this Surrey-based outfit.

Quickly working his way through the ranks at Formula 3, WSR and GP2, he became Chief Mechanic and Team Manager for Carlin/Capsicum Motorsport Ltd. His leadership and direction are paramount to the team’s triumphs.

Since then they have won the Teams’ Formula 3 Championship nine times, and six titles in British Formula 4, as well as titles in Renault 3.5; GP3; Indy Lights Teams’ and Drivers Championships; and of course, not forgetting Formula 2, where they became Teams’ Champions in their debut season (2018).

The on-track efforts of Lando Norris and teammate, Sergio Sette Camara, helped the team to become the 2018 Formula 2 Champions, edging a victory over ART Grand Prix team, by just 31 points. With George Russell convincingly winning the Drivers’ Championship, Norris scored himself a deserved second place, seven points ahead of Alex Albon in the DAMS car.

Their success isn’t based solely on their ability to win races, they have led the way in building a professional infrastructure that prepares their drivers for a fruitful career, starting with their spectacular state-of-the-art facility in Farnham. They are flourishing as a team and any driver signing for them is guaranteed an advantage. Not only to become a Championship winning contender, but to be catapulted into the next series Formula One.

It’s easy to believe the team motto when you look at their impressive driver record that includes, Sebastian Vettel; Nico Rosberg; Daniel Ricciardo; Carlos Sainz Jr.; Kevin Magnussen; Daniil Kvyat; and Lando Norris, but to name a few success stories out of the 350+ drivers Carlin professes to have given a step-up too.

Their domination in Formula 3 has enabled drivers to win the individual Championship four times in the last five seasons.

It’s Carlin’s keen eye for young talent combined with their ability to nurture, which authorises them to produce such an awesome list of recognisable names.

Next in line for their chance to prosper, are Japan’s, Yuki Tsunoda, and former Formula 3 Carlin driver, Jehan Daruvala.

This success earned him a spot in Formula 3 with Jenzer Motorsport. He secured the fastest lap at Circuit Paul Ricard, and a win in Round Two at Monza, giving him a ninth finish overall.

When reminiscing about watching his father compete at the Nakai Circuit, at just four years old, Yuki says it was:  “At that circuit I tried Karting for the first time. I knew that this was what I wanted to do. This experience was the start of my racing.”

His most memorable race to date was during the 2018 Japanese Formula 4 Championship season, where he was just 14 points away from becoming World Champion. He lost opportunities in proceeding races and by round 13 the pressure was on. He qualified in fourth which meant he had to finish in at least second place to get the points he needed to claim the prize. He won the race.

This win, plus his impressive driving record grabbed the attention of Red Bull and he’s been a part of the Junior Team since 2019. He will continue with them in 2020 in his bid to make it to Formula 1.

2020 is his introduction to Formula 2. He’s already shown promise during testing at Bahrain, finishing in ninth place on the morning of Day One and 10th in the afternoon session.

Straight off the bat it seems like he has a handle on the more powerful Formula 2 engine, and 18″ Pirelli tyres.

Historically, Japanese drivers fair well in motorsport, and have a likability factor that fans look upon with affection long after they move on; Formula 1’s Takuma Sato and Kamui Kobayashi included.

Yuki may very well become the next memorable Japanese ambassador that reaches the elite parent series of Formula 1. The opportunity is there for the taking.

Protégé of Force India Formula One team after winning their ‘One in a Billion Hunt’, Jehan Daruvala will be another of Formula 2’s Rookie drivers of 2020.

A late starter, Jehan was aged 13 when he made his karting debut.

He joined Carlin in 2017, partnering Championship Winner, Lando Norris. Jehan finished in Sixth place that year, and followed this achievement with a solid 10th at the end of the 2018 season.

He moved to PREMA Racing for the 2019 Formula 3 season with a photo -finish third place, just one point behind teammate Marcus Armstrong. The three-man driving outfit, that also included the year’s Championship winner, Robert Shwartzman, finished in all top three positions, securing the Teams’ Championship.

The 2019 Formula 3 season started off promising, with Jehan winning the first two races at Barcelona and Paul Ricard Circuit. He accumulated seven podiums and a pole position.

His exemplary record has to be a major factor in Carlin calling him back into the fold.

Sustaining an injury in November while training ruled him out of the end-of-season testing in Bahrain. Knee surgery followed and after a winter of rehabilitation, he feels physically capable. The injury was considered a minor setback and Jehan made an impressive start in March testing at Bahrain, taking third place in both the morning and afternoon sessions of Day One, and being the quickest on track on the afternoon of Day Two.

With a spot on 2020, Red Bull Junior Team Jehan has a golden opportunity to become only the third motor racing driver from India to reach Formula 1. (No pressure.)

Narain Karthikeyan made his debut for Jordan in 2005. His best result is a fourth-place during the unforgettable US Grand Prix in 2005.

And, more recently, Karun Chandhok, who made his debut for HRT in 2010, and has an impressive driver record in other series, can still be seen in the paddock as a Sky Sport’s F1 Presenter.

“I’m very proud to be going into the season as a Red Bull Junior.”

From previous formulas, Jehan knows how to win races and finish strong.

He’s demonstrated in testing that he can quickly get to grips with a new and different set-up.

He is already coming to terms with the differences of the Formula 2 car but maintains he is on an equal footing with the experienced drivers when it comes to the new regulation 18″ Pirelli tyres. A change they all have to adapt to.

He is ready to race regardless of the differences, recently stating:

Will he impress the paddock enough in his rookie season to give him a stepping-stone straight into Formula 1? The answer lies within Jehan himself and how much he takes advantage of the opportunity offered to him by this successful Carlin team. 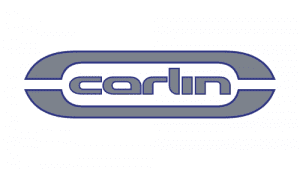