Big news for F2 fans is out with the launch of a Formula 2, 25-minute 5-episode documentary from the 2019 season.

F2 is in many people’s opinion the most exciting single-seater racing series in the world but as we know it doesn’t get the focus and platform that F1 gets even at a basic level. So it’s great news for all us race fans that we will get to see a bit more behind the racing.

We have seen podcasts and websites like ours, increase exposure through online and social platforms last year as the FIA looks to really define the junior championships in a clear path towards the F1 grid.

The documentary comes off the back of the Netflix F1 documentary “drive to survive” which launched last year showcasing the championship in a more “behind the scenes” way. Channels like Sky Sports and other global broadcasters, on the whole, do a great job to show race fans the personalities that live within the roadshow of Formula 1 and the whole race weekend so any more insight for viewers can build a bridge to connect fans to the sport.

“we’re treating you to a unique and thrilling insight into the world of junior formula this January” Sourced: fiaformula2.com

And as per the above mentioned Netflix F1 series to provide;

“exclusive, behind-the-scenes access into the paddock of the most competitive single-make Championship on the planet” Sourced: fiaformula2.com

There was a lot of action for us to get some closer insight on! It will be interesting to see how Nyck de Vries coped with the almost expectation to deliver the Championship as he battled with Nicholas Latifi.

I’m interested to see if we will see a bit of the decision making into Nyck de Vries moving over to Formula E and if he actually had opinions for an F1 seat, did he commit to Formula E too soon especially as Nicholas Latifi then secured a race seat with F1 team Williams at the end of the season.

Also, let’s not forget the rookie season’s for Guanyu Zhou and Mick Schumacher amongst the stories to follow.

We also must not forget the tragedy at Circuit de Spa-Francorchamps involving Anthoine Hubert which I am sure will be covered in the series and really remind ourselves in this age when we believe the sport to be Ultra-safe vs yesteryear. It really does remind us that any category of racing and the racers themselves take to the track each weekend risking their lives to follow their passion and dreams.

Captions from the trailer: https://f1tv.formula1.com/

Having this type of access showcasing all ten teams and drivers will really build on the personalities we have started to see online through social media and podcasts which is great news for firstly fans but also the drivers, FIA, and the overall marketing appeal of the junior championships.

Check it out now exclusively on F1TV from 2 January 2020. 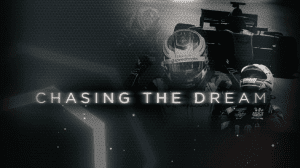