DAMS Confident in Ticktum This Weekend

DAMS Confident in Ticktum This Weekend

Dan Ticktum was in a good mood after qualifying fourth for Saturday’s Formula 2 Feature Race.

His happy demeanour was justified because he’d just secured fourth place – a promising prospect for the potential maiden Feature Race win he’s been focussing on this week.

Finally found some pace which means I have a good shot at the win tomorrow! Thanks to the team for working hard over the season so far to find the missing pace we needed but we still aren’t there yet, so we need to keep pushing!

The @damsracing team expressed confidence after a positive Friday:

@dan_ticktum is well poised for tomorrow’s Feature Race, while we’ll be aiming to bring @gelaelized up the order.

The two young drivers had a promising Free Practice session earlier on Friday morning, with Ticktum punching in the laps to secure a third place.

The team were in good spirits before both sessions, Tweeting:

A very good morning from @SilverstoneUK! Practice and qualifying today, we’re itching to get back on track.

The @damsracing team Tweeted this video of the two drivers:

We’re back at it for Silverstone Round 2. Hopefully this time we have a clean Friday and do a good job and try to finish both races in the points.

I had it bit tough last week, but I think this weekend we can turn it around.

The team’s done a great job gathering all the data and getting a few problems solved so fingers crossed. Let’s hope for the best.

While Ticktum was hoping for a good race weekend;

A bit more typical weather than last week. Last week was very hot. We’re a lot cooler today. I think the weekend’s going to be quite warm.

The car’s behind us in the garage there obviously coming from a pretty successful weekend last week with a race win in race 2. Still definitely some improvements to make in qualifying, so that’s been the focus of the meetings and the learnings shall we say in the last couple of days.

We’ll try and put that into practice tomorrow. And hopefully we can qualify anywhere in the top 6 – it is easily enough because the tyre deg was pretty large last week. We were good at managing it but that’s what it’s going to be about, so fingers crossed.

My first win in F2! We made a great step forward with the car and I can’t thank @damsracing enough for giving me that winning feeling again, it’s been a while.

Also thank you for sending in your kind messages and support!

He’s currently fifth in the Championship standings with 57 points, just one behind Hitech’s Nikita Mazepin. Therefore, he’ll be hoping for maximum points this weekend.

With the current race calendar consisting of nine races, the Formula 2 season is at the midway point.

It’s possible another race or two will be added to the calendar. But until that’s confirmed the drivers and teams will be fighting for every point they can.

There is still a serious global pandemic in our midst and nothing should be taken for granted this season.

It’s still mathematically possible for Ticktum to win the Formula 2 Championship and I wouldn’t count him out to take an historic win in his rookie season. 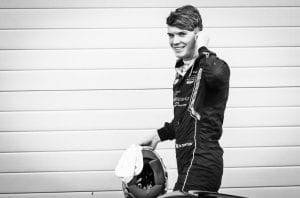