Established and managed by Jean-Paul Droit for over 30 years, until his passing in 2019, DAMS is based close to the Le Mans race circuit in France. They have taken part and succeeded in the prestigious endurance race, participating in the 24 Hours six times from 1997 to 2002 and winning the Formula Le Mans Cup (Which became a class in 2009 and 2010 called the Le Mans Prototype Challenge).

DAMS pride themselves on their team effort. From the outside, they’re hard-working, ambitious, and inclusive.

They are the current Formula 2 Teams’ Champions and will be heading into the 2020 season defending their well-deserved first Formula 2 title.

During their GP2 years, they won the Drivers’ title three times, and the Teams’ title twice, which tells you they are a force to be reckoned with.

With 15 single-seat team titles and 169 racing victories to date, 14 of those wins in Formula 2, they’re successful, they mean business, and they know what they’re doing. Just scroll through their impressive list of former drivers to see for yourself.

They have the bragging rights when it comes to building up young drivers from the moment they’re recruited, through nurturing, and propelling them into superstardom. The proof is in the pudding, with current Formula 1 stars, Carlos Sainz, Kevin Magnussen, Romain Grosjean, Alexander Albon, Pierre Gasly, and 2020 rookie, Nicholas Latifi. This is to name but a few of the 32 professional drivers who have passed through their doors.

Impressive as all of this is, the team will no doubt admit that before the start of every season, all teams are all on an even footing. The previous season’s slate is wiped clean and the battle to be crowned winners begins again.

The season ahead looks to be a promising one.

Pre-season testing at the Bahrain International Circuit fluctuated between the team’s lowest placing of 18th on both morning sessions of day two and three, and their highest finish being sixth on the morning of day one. Sean Gelael came off better out of the two new drivers. However, they were relatively close at the end of each run.

If the testing results are anything to go by it will be a close contest between the two youngsters – A potential in-team battle for fans to enjoy.

Can either driver help DAMS’ ambition to retain the team Championship?

With the solid experience of Sean Gelael and the unquestionable raw talent of Dan Ticktum, the DAMS team will, no doubt, like to continue where they left off – on top.

At just 23 years old, Sean Gelael is already considered a veteran as he enters his fifth year in Formula 2/GP2. So far he has 65 starts under his belt.

Success has fluctuated over his career. In 2013 he achieved his first British Formula 3 podium at Silverstone; He was a part of the JagonyaAyam three-man driver team (alongside Antonio Giovinazzi) where he went on to achieve second place in the European Formula 3 Constructors Championship (2014); In 2015 he competed in Formula Renault 3.5; and GP2, with Campos (2016), where he achieved his first podium, a second place in Austria.

A 15th overall finish in his Formula 2 debut season with Arden (2017) saw him sign for Prema Racing for the next two years.

In the 2018 Formula 2 Championship that saw George Russell lift the driver’s trophy, Sean partnered Nyck de Vries. Another 15th position overall. He remained with the team for the 2019 Formula 2 season, alongside Mick Schumacher, where he finished in 17th place.

During pre-season testing at Bahrain, Sean displayed his driver talent with two sixth place finishes on day one; A 15th and 12th finish on day two; And, a 15th and ninth place on day three.

He is said to be, “confident” about the season ahead.

That was fun! I enjoyed all the three days testing. A lot of valuable data and information gathered.” (IG: gelaleized)

Taking over car #1, expectations are high, from both the team and fans alike. Will the number motivate him and give him a psychological advantage over the rest of the field, and his new teammate? Or, perhaps Sean’s latest helmet design will light a fire inside him?

He recently stated that the late basketball player, Kobe Bryant, has inspired him. As well as including a reference to Bryant on his newly designed racing helmet, Sean’s incorporating Kobe’s motto: Mamba Mentality.

It was an attitude Kobe himself adopted, where he prioritised professional goals over having a normal, balanced life. His focus would be such he’d push through injury, and personal sacrifice on many levels to become the extraordinary athlete he did.

In Bryant’s case, the Mamba Mentality proved a success. He became relentless and motivated and continually strove to be better.

For Sean to have these same aspirations demonstrates a renewed hunger for motor racing. He is reinventing himself in a bid to succeed.

Sean’s newly adopted confidence and determination will surely propel him into being a Championship winning contender and perhaps a future Formula 1 hero.

The name, Dan Ticktum, may have echoed around the paddock for all the wrong reasons in recent times but his story doesn’t have to end there. Truth be told, it’s only just beginning…

The demands of the sport already turns these young boys into men, sooner than they would if they adopted the typical teenage route of further education. Dan, at just 20 years old, has had no alternative but to grow up in the spotlight. He doesn’t have the kind of life where his mistakes are noticed by a few.

His online outburst during the 2018 Formula 3 Season, is no secret, nor is the hot water he got himself into at the MSA Formula race at Silverstone in 2015; A two-year ban (one year suspended) could have been enough to destroy the spirit of this young track star. But, not Dan Ticktum, he’s made of sterner stuff than that. Through his unrelenting desire to reach Formula 1, Dan has fought back, earning himself a seat with DAMS for the 2020 Formula 2 season.

Starting off in karting at the age of 8, he has driven in multiple formulas and series’. Notably on Ticktum’s CV is an overall sixth position in the MSA Formula Championship (2015); a win at the Hungaroring during the Renault 2.0 series (2017) finishing seventh overall; a stint at Aston Martin Red Bull Junior team (2017 – 2019); back-to-back double Macau Grand Prix wins (2017/18); and a solid second place, securing eight podiums in the 2018 Formula 3 Championship.

His Formula 2 debut was with BWT Arden in 2018, where he drove in the final race of the season in Abu Dhabi.

Dan also featured with the DAMS team at the final Abu Dhabi post-season testing of 2019, which was followed by the announcement of him becoming one of their 2020 drivers.

Dan’s abilities have been formally recognised. He’s the recipient of the 2017 McLaren Autosport BRDC Award, which Formula 1 legends David Coulthard and Jenson Button have both won. And in 2018 he was awarded the Autosport National Driver of the year.

Naturally, his ambitions are to follow in the footsteps of last year’s golden boys, Lando Norris, George Russell and Alex Albon. This season is Dan’s opportunity. The Formula One door is open with a prospect to shine as the Development Driver for ROKiT Williams Racing.

He recently stated: “I can’t wait to start my journey with Williams.”

He’s already taken part in his first Young Driver Test for the team (Bahrain 2019) and Claire Williams is confident Dan is the right person for the job:

I am delighted that Dan, another exciting young British talent, has joined the Williams Racing Driver Academy. His ability behind the wheel has been demonstrated with back-to-back successes at the prestigious Macau Grand Prix in 2017 and 2018. Dan’s technical expertise will prove invaluable to the team and we are looking forward to helping him grow and develop in 2020.

Dan is facing this challenge head-on, while he maintains his focus on the upcoming Formula 2 season, stating: “At the end of the day I’ve got to try and go for the win in F2.” That’s very high on the priority list because that will give me the bounce I need to get into F1.”

Questions will be being asked of Dan this coming season. When the going gets tough can he keep a cool head? Abide by track rules? Play the game?

Whatever lies ahead, don’t we all deserve more than one chance to make mistakes, learn, and develop? Be nurtured and helped to grow by those who believe in us?

There is a great potential in this London boy and the 2020 Formula 2 Championship is Dan’s opportunity to demonstrate exactly what he’s capable of behind the wheel. It could be his time. 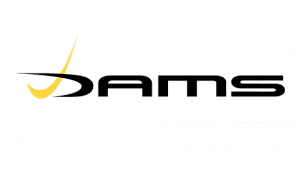