Did tyre performance catch Doohan and Virtusoi out in Budapest Qualifying?

Did tyre performance catch Doohan and Virtusoi out in Budapest Qualifying?

Australian Jack Doohan qualified a disappointing 10th for Round 10 of the 2022 FIA Formula 2 championship, after topping practice by one-thousandth of a second from eventual pole winner Ayumu Iwasa.

And perhaps it was the performance of the medium compound tyre in practice that caused the F2 rookie to misstep in Friday’s Qualifying session.

Speaking to InsideF2.com’s Michael McClure, the 19-year-old said: “It was a bit weird because the medium tyre was hanging on a lot longer than expected. That meant the potential in qualifying is going to be more than just one lap.”

Qualifying is generally thought of as the most important part of a winning weekend around the Hungaroring, given the difficulty in, and lack of, overtaking opportunities.

Doohan continued, adding: “I think everyone is going to be doing it a bit different, some people are going to try and be smart, with what we have done this year.

“With the data we’ve gathered, it’s not looking like it could work, but it might work on the second run on one lap.”

While the teenager, son of Motorcycle racing legend Mick Doohan, admitted it was not what he and his team hoped to find, he did say that the pace appeared strong.

The Aussie, who believes he could be in the championship hunt had things fallen more favorably for him this season, will start from reverse-grid pole position in Saturday’s Sprint Race, as the top 10 qualifiers on Friday started in the opposite order for that race.

Doohan is currently sixth in the drivers’ standings, with 78-points and a memorable maiden victory in the Silverstone Sprint Race, where he managed his wet tyres on a drying track beautifully to secure the win.

The winner of two F2 poles in 2022 will be after his second win from the front row in Budapest, with the Sprint Race starting at 18:00 CEST. 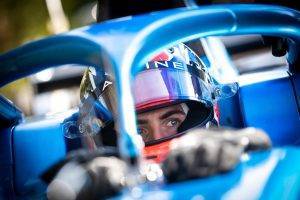