Did we predict the unpredictable?

Did we predict the unpredictable?

Should we keep the day job or become fortune tellers?

With FIA Formula 2’s season over its now time to take a look back at the season and reflect on how well both Teams and Drivers performed. Keep an eye out for our reviews through this week at InsideF2.com.

However, we thought it was best to quickly reflect on how we did as fortune tellers predicting the most unpredictable of years. (The InsideF2’s predictions for Top 3 Drivers for the 2020 Formula 2 Championship)

Midway through the first race of the season, Zhou looked like a great title pick. However, bad luck along through the season would hault any momentum. He did though eventually get that maiden win in Russia, albeit with half points awarded.

Shwartzman looked good for a long time this season and was leading the championship midway through the season. It’s always tough to jump into F2 and be competitive straight away but Shwartzman managed it and he’ll definitely be a title challenger next season as well.

My final choice didn’t go to plan. Markelov’s full time return to F2 was exciting for everyone involved, but he never showed the pace that saw him finish runner-up to Charles Leclerc in 2017. HWA struggled all season and Markelov was unable to turn his form around, scoring just five points all season.

I believed this would be Jack Aitken’s season to shine but the Campos outfit as a whole wasn’t up to par. Aitken’s teammate Guilherme Samaia scored ‘nil points’ and therefore the team’s 48 Championship points were all down to the Brit. He finished P14 – A disappointment after his worthy performance during the Formula 1 Sakhir Grand Prix.

Looking at Armstrong’ racing record, I had no doubts he would finish the season strong. Starting well in Austria with two podiums it looked as though I was onto something. But with four retirements and 11 finishes outside the top 10, Armstrong finished in 13th place, with just 52 points. I’m confident he’ll demonstrate his potential in the future.

I took a long-shot choosing Luca Ghiotto. I did so, thinking his experience would work to his advantage. He finished 10th with 106 points and won the Hungarian Sprint Race along with second place in Barcelona, Monza and Mugello.

Well, one out of three really isn’t bad, is it! It was a mighty gamble putting Mick Schumacher as my championship winner but my gut was spot on and Schumacher delivered, as for poor old Guanyu Zhou and Jack Aitken I think I put the jinx on both of them as they had really rotten seasons filled with bad luck.

The 2020 Formula 2 season definitely didn’t disappoint and was one of the most exciting when the championship battle was only decided in the final race of the year. My top three predictions before the start of the season were Jack Aitken, Guanyu Zhou and Mick Schumacher.

Jack Aitken had a rather disappointing season where he finished 14th in the points with only one podium but he was rewarded with a Formula Drive at the Williams F1 team in Bahrain when he stood in for George Russell.

Guanyu Zhou did score one win and a further five podiums, but didn’t seem to have that consistency to challenge for the title. He did however finish fifth in the overall championship standings.

I was hoping for a Mick Schumacher championship, but knew it was going to be tough with the caliber of drivers in the field. Mick did make a few errors early on in the season until he got into his stride mid way through the season just like he did previously in Formula three. Mick was pushed hard by Callum Ilott all the way to the final race but in the end it was enough to take the coveted F2 title, while Ilott finished a worthy runner up. Schumacher’s teammate, Robert Shwartzman had a strong rookie season ending in 4th and is my tip for the 2021 title.

The F2 veteran Italian Ghiotto in his 5th full year in the championship had a seesaw season where he had the high of a dramatic race win for the new Hitech team while also going through the lows of struggling to consistently score points, however he did score more frequently in the second half of the season to finish in the Top 10 for what looks certain to be his final F2 season

The driver who carries a very high profile surname poetically came through in the end as the Champion of F2 which was almost reminiscent of his 2018 F3 Europe triumph, the German also proved a lot of doubters wrong with his consistent performances this year with 2 wins, 10 podiums and 3 fastest laps that put him firmly in the driving seat to capture the championship and bringing the Schumacher name back to F1 in 2021. 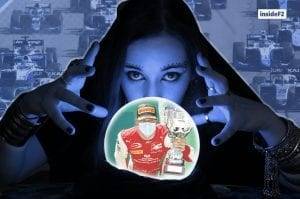