Despite Williams scoring the reverse grid pole position and a satisfactory performance coming from Verschoor during the race, both drivers missed out on the points.

“We aren’t satisfied with today’s results.”

When explaining what happened to Williams, Ricci mentioned that the Australian experienced some struggles before the start, forcing him to start from the pit lane.

“We did not score points although Calan Williams was starting from the pole, as he stalled and was forced to take off from the pit lane.”

But, despite the issues before the race, Ricci did see that the pace was most certainly there, even though it did not result in a top ten finish.

“Williams delivered a good recovery drive in terms of race pace but still ended up away from the points zone.”

Ricci then mentioned that Dutchman Verschoor also showed a promising recovery performance after starting at the back of the grid. Unfortunately for Trident, his attempts also didn’t result in a top ten finish.

“Richard Verschoor started from the 19th spot, and also had a comeback race, ending up in the 11th position.”

As Ricci looked forward to the Feature Race on Sunday, he felt like the team has a promising chance to recover and leave Barcelona on a high. Although his drivers could not show their full potential on Saturday, he hoped they would be able to do so on Sunday.

“Tomorrow’s Feature Race will include a strategic aspect so we will have more chance to recover after our drivers could not express their full potential in qualifying.”

Both Trident drivers will return to action in the Feature Race on Sunday at Circuit de Barcelona-Catalunya. 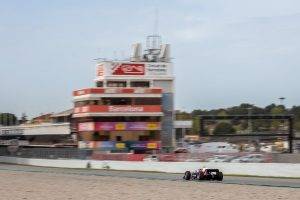