Doohan set his session-topping lap, a 1:35.990, with 55 minutes to go on the 27th of 44 laps. The Australian driver once again had a productive morning after recording session-high tallies of 41 and 59 laps in yesterday’s two sessions.

Longtime leader Jehan Daruvala, testing with MP Motorsport, ended up second on the day with a 1:36.160. Daruvala was just five thousandths faster than DAMS’ Iwasa in third, the last driver to exceed his own pole time.

MP Motorsport’s Dennis Hauger ended the day ninth on a 1:36.427 after losing his early best lap of a 1:36.135, which would have been good enough for second overall, to a track limits infringement.

ART Grand Prix’s Victor Martins, who is stepping up to F2 after winning the F3 title, rounded out the top 10 despite an accident in Turn 16 near the one-hour mark that necessitated a 37-minute red flag period for barrier repairs.

The first hour of Thursday’s session was much more productive than the first hour of Wednesday’s, with almost all drivers on track within the first five minutes. DAMS’ Arthur Leclerc set the first timed lap of the morning, and Fittipaldi, Doohan, Nissany, Pourchaire and Iwasa all took turns at the top of the timesheets as the track rubbered in.

Martins’ incident, the only major one of the session, brought proceedings to a halt for much of the second hour. Thereafter, a number of drivers focused on long runs rather than on setting fast laps.

The top three drivers from yesterday – VAR’s Richard Verschoor and the Prema pair of Frederik Vesti and Ollie Bearman – all focused on race runs at the end of the session, with Bearman only going out on track in the final hour.

Amaury Cordeel in 16th as the final driver within a second of his teammate Doohan, though he lost his two best laps – one of which would have put him fifth – for exceeding track limits on each one.

Drivers on the F3 grid in 2022 once again occupied the bottom places on the timesheets. Isack Hadjar was the lead Hitech in 17th ahead of Roman Stanek of Trident and Brad Benavides of Charouz.

Juan Manuel Correa returned to VAR after sitting out yesterday’s sessions and took 20th, also tying Vesti’s record of 53 laps. After an accident yesterday afternoon, Jak Crawford returned to the track and took 21st for Hitech, while Bearman brought up the rear, recording only lap times from his race run. 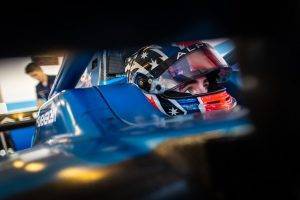