Felipe Drugovich has bid farewell to the FIA Formula 2 Championship, after he finished second in his final race in the series. His title-winning season came to a close in Abu Dhabi with his 11th podium of the year after an intense battle with race-winner Ayumu Iwasa in the final laps.

After three years and eight wins in F2, the Brazilian is now a part of the Aston Martin Driver Development Programme, and cannot return to Formula 2 next season as the Champion.

Reflecting on his time in F2 after the Feature Race, he told F2 media: “I will miss F2 a lot. I think it’s the biggest part of my career that I’ve spent here. MP [Motorsport] have been a family to me and I’ve really enjoyed working with them. I’ll be moving on, hopefully I’ll be around next year in the F1 paddock but coming to the F2 paddock many times to see them.”

Felipe began his Formula 2 career with MP Motorsport, taking three wins in an impressive rookie year in 2020. After a difficult spell with UNI-Virtuosi in 2021, he moved back to the Dutch team ahead of this season, and has taken the team to new heights.

The points Drugovich secured in the Feature Race confirmed MP Motorsport as Teams’ Champions for the first time, after they went into the race level on points with ART Grand Prix and only narrowly in front of Carlin.

Despite the success he already had this year, Drugovich told F2 media how hard he was pushing all the way until the chequered flag: “It was very close, I just wanted that win so much. Someone told me if I won one ore I’d have the most wins in F2, but that didn’t happen, so I think I’m level with [Nyck] de Vries.

“I also wanted the win for team, to close out the Team’s Championship with a win, but didn’t manage to do it. My tyres were burning hot at the end; I was pushing every lap to get a little bit closer.”

The battle with Iwasa went right down to the wire, as he tried to make a move around the outside at Turn 9 on the final lap of the race, but Iwasa held his line and eased Felipe out onto the kerb, forcing him to stay behind.

Drugovich showed the same speed he has held consistently all season, which has been the key to his success this year. He will now hope to follow in the footsteps of 2021 F2 Champion Oscar Piastri, and have a valuable year in the F1 paddock before making the step up to Formula 1 in 2024. 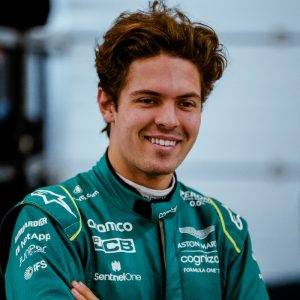