Drugovich Not Happy with his British GP weekend

Drugovich Not Happy with his British GP weekend

After missing out on a podium at Silverstone, FIA Formula 2 Championship leader Felipe Drugovich said he was “not so happy with the weekend.”

“I’m not so happy with the weekend, but even with some silly mistakes from us we managed to score some good points, which is what we have to do on the bad weekends,” the Brazilian said.

For a driver chasing a championship, fourth and fifth may seem like poor results, but Drugovich’s consistent scoring of solid points has put him in a commanding championship position and helped limit the damage his rivals were able to do this weekend.

Despite an “okay-ish” weekend, 22-year-old Drugovich is looking forward to the next round in Austria.

“I’m really positive that the next one is Austria, I had a really good weekend there back in 2020 and I like the track,” Drugovich said.

Speaking on his championship prospects, the series leader said: “It’s still far away from the end, we have the opportunity, I know we can do it, but we shouldn’t take anything for granted.”

Drugovich has four race victories in 2022, as well as three in 2020, all with MP Motorsport, and will be seeking further success at Speilberg’s Red Bull Ring.

The Brazilian’s remarkable consistency, with only two finishes outside the top five and just a single DNF, has given him a 42-point advantage over ART Grand Prix’s Pourchaire.

Drugovich, who is not affiliated with an F1 team junior programme, has also led his MP team to the summit of the teams’ standings, where they are 10 points clear of ART. 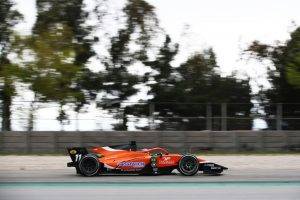