F1 2021 is the latest F1 game developed by Codemasters and promises to be an extremely exciting follow up to its well received predecessor.

The game is available from the 16th of July and brimming with plenty of new features.

The highly anticipated story mode Braking Point is the biggest change for F1 2021, the player takes control of young upstart Aiden Jackson through three seasons. The story begins in the 2019 F2 campaign before going through the 2020 and 2021 F1 seasons.

The player will have to make some critical decisions throughout the Braking Point story mode including which of five teams to drive for at the start of the 2020 F1 season.

Jackson’s more experienced team-mate Casper Akkerman is vital to the story and known for his no nonsense approach. Devon Butler makes a return for F1 2021 and plays the antagonist in Braking Point. A plethora of supporting characters also play a part in what is a rich and thrilling story mode.

Formula 2 is again heavily involved in the latest F1 game. F1’s main feeder series has been an integral part of the Formula 1 games since it’s introduction in 2019.

F2 plays a huge part of the MyTeam feature, in which the player will have a wide variety of the 2020 F2 grid to choose from as a team-mate. Making the game increasingly more engaging and realistic for the avid motorsport fan. The 2021 F2 cars and drivers will be introduced as a free DLC at a later date.

Formula 1 has the all new Jeddah Street Circuit in Saudi Arabia alongside Portimão and Imola featured in the 2021 calendar. These three tracks will be added to F1 2021 as free post-launch content.

However, all existing tracks will be maintaining their 2020 versions. Thus, Circuit De Barcelona-Catalunya, Albert Park and Abu Dhabi’s Yas Marina will not be seen with their new layouts in F1 2021.

MyTeam allows the player to create their own team, decide engine supplier and livery while upgrading all facilities throughout the 10 season MyTeam game mode.

F2 cars and drivers will also be available to use in online multiplayer, time trial and Grand Prix modes.

The Formula 2 cars themselves now sound much crisper, with the turbo and quintessential F2 backfires very clear within the engine note.

The game has received a visual uplift with minor track details much clearer and more precise than on F1 2020.

The handling model has also taken a step forward with the addition of floor downforce, this hugely enhances the realism of F1 2021 when racing. While the tyre model has also been revised giving F1 2021 an even more realistic feel.

The game also features a much more complete damage model. Front wing damage still remains while floor, rear wing, bargeboard and diffuser damage have all been added to F1 2021.

The player can now also suffer random, race ending mechanical failures. This brilliantly adds another element of unpredictability to the F1 game.

Overall, F1 2021 is a big improvement on F1 2020 with neater audio and a much improved damage model. Braking Point is also a welcome addition to the game adding an alternative aspect for the player.

Where does F1 2021 rank amongst the F1 games from the past and which game mode are you most looking forward to? 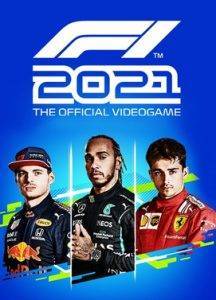