F1 is set to trial a new weekend format at three events in 2021, which incorporates a Sprint Qualifying race, and vaguely resembles the current FIA Formula 2 layout. Sprint Races have been a resounding success in F2, but how will F1’s plans be different, and will they be able to replicate Formula 2’s action-packed weekends?

Friday will now hold the traditional three-part Qualifying session, following a one-hour practice session. The new 100km (roughly 30-minute) Sprint Qualifying race will take place on Saturday before a final practice session, and will set the grid for the usual Sunday race.

This format is similar to that of F2, which also sees a single practice session followed by Qualifying on Friday, with two 120km or 45-minute Sprint Races on Saturday, and a longer Feature Race on Sunday.

Where the two series diverge is in F2’s use of reverse grids, which forces quicker drivers from the previous Qualifying session or Sprint Race to make overtaking manoeuvres to move up the order. In lights-to-flag Sprint Races, pit stops are rarely seen, leaving the drivers no choice but to battle through the slower cars ahead of them on track. This encourages a purer form of wheel-to-wheel racing without being able to rely on strategy to gain a race-winning tactical advantage, thus creating more explosive action.

F1, meanwhile, will not be using reverse grids. Instead, the Qualifying results will set the order for the Sprint Race, which could mean that the same frontrunners from the top teams line up at the head of the pack, in prime position to run away from the rest of the competition. In some cases, this could lead to a rather predictable and stale affair, and so this Sprint Qualifying race could appear at face value to add little to the current spectacle.

On the other hand, those who suffered poor Qualifying sessions or crashed out will have the opportunity to charge through the field in a bid to secure a better starting position for the all-important Sunday race. Once again, there will only be one way to do that; overtaking. Based on recent F1 Qualifying sessions, it is reasonable to expect several drivers to start the Sprint Race out of position and needing to overtake slower cars, without it being stage-managed.

Formula 2’s reverse grid element necessitates overtaking for any driver trying to maximise the race weekend, whereas this is not necessarily the case in Formula 1’s plans. Despite this, an extra race certainly provides much more opportunity for twists and turns in the weekend, with two race starts and two first laps, which are often full of incidents.

The Effects on Qualifying

With only one practice session before the drivers are faced with the challenge of finding the limit of their car’s performance over a single lap in Qualifying, the fight for pole position is dramatic and unpredictable in F2.

Qualifying for the 2021 F1 Azerbaijan Grand Prix demonstrated with its four red flags how frantic these sessions already are, even when drivers have a full three practice sessions to get their eye in.

F1 cannot replicate F2 Qualifying sessions, where an incredibly tightly-contested grid leads to multiple drivers and teams fighting for pole. We can still expect the usual suspects at Mercedes and Red Bull to battle for pole position. However, with less practice, mistakes are to be anticipated and some drivers may still struggle to find the perfect balance and set-up; meaning that the running order could be slightly jumbled-up throughout the grid.

Tyre strategy, which plays a key role in F1’s tactical battles, could be adversely affected by the trial format. Drivers will be able to start the Sunday race on any compound, as the top 10 will no longer be required to start the race on the tyres used for their fastest lap in Q2.

Drivers sometimes start the race on different tyres based on a balancing act between using the optimal race tyre and using the quickest tyre to progress to Q3. This sets up a more intriguing strategic battle among the top 10, and those who narrowly missed out on Q3 are able to go long on more durable rubber in a bid to sneak into the points. Where one-stop strategies are unquestionably favourable, it is more likely under the trial format that every car will line up with the same tyre compound, which could induce a slightly processional Sunday race.

Most of all, the new trialled format will provide an altogether different feel for the weekend. Rather than the slow build-up through the Friday practice sessions to Saturday’s Qualifying session and the Sunday race, crucial action will take place on all three days. This moves F1 much closer to the feel of an F2 weekend, with genuine competition throughout. Viewers at home will finally have a reason to tune in before Saturday afternoon, the fans at the track will enjoy a more entertaining spectacle, and the drivers themselves will have a different experience.

Whereas F1 drivers can usually rely on practice sessions to build up their knowledge of the circuit, perfect their car set-up, and gain the all-important confidence they need to deliver later in the weekend, it will be imperative that they hit the ground running.

Being quick from the get-go is a unique requirement in Formula 2, and one that certain drivers may be more suited to than others. It will be interesting to see which F1 drivers are most able to adapt to this new challenge, and who will be caught out.

What fans of motor racing crave most of all is cars racing close together and pushing flat-out, on the absolute limit. Formula 2 provides this in spades, with only a brief practice session after which drivers are on maximum attack. Formula 1’s weekend, on the other hand, involves a longer build-up to the crescendo of the main event on a Sunday, giving it an entirely different dynamic.

Formula 1 is right to take a leaf out of Formula 2’s book, and its willingness to trial a remarkably F2-like format represents a recognition of the quality of the F2 spectacle. Though F1 will not be making a full-time move to a Formula 2 layout anytime soon, the trial will determine if the non-stop action that F2 fans so enjoy could be compatible with the current F1 format, with a view to their continued use in 2022 for select events. 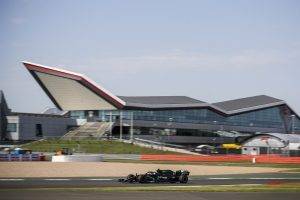