This week we discovered that Formula 1 has finally agreed in ‘principle’ to the idea of a Sprint race in a Grand Prix.

At a meeting last Thursday, all 10 teams broadly approved the idea of a shorter ‘sprint’ race on Saturdays. If agreed fully it will be trialed at the Canadian, Italian and Brazilian rounds this season.

The sport has been more progressive in its thinking over the last few years with the idea of ‘mixing-things-up’.

Formula 1 is a technological and engineering championship, as much as it’s a drivers championship. Therefore, we see phases of absolute dominance from a particular team. Teams like Williams, Ferrari, Red Bull, and now Mercedes have managed to align their technical skills at the apex of agreed regulations This shows masterful skill from the teams and the people who run them.

However, for fans and the image of the sport overall it causes an issue. If one team dominates and wins everything, like the above-mentioned teams in those eras. We are left watching F1’s worst nightmare, cars going round in circles, not racing but like a toy train set on one single track. Admit it, we have all at some point fallen asleep during a race?

So, with the new regulations due initially this year but now delayed until next year we should finally see a break away from the latest monopoly.

This rule change alone will only disturb the order if Mercedes get it wrong and other teams get it right. Moreover, if one team nails it again we will be in another cycle of dominance for a team.

So, regulations and generational car changes are not enough. The past couple of years have shown us that when that singular team has a bad race the doors of excitement open up for new winners and losers, such as Gasly and Perez last year.

Followers here at insideF2 will know that FIA Formula 2 and its partner in excitement crime FIA Formula 3, give us a model of what F1 could be.

Indeed, I hear you, ‘the championship has single-spec cars’, but, the format of the weekend also creates the drama. With the traditional format of Qualifying and a ‘Feature race’ like F1, we see drivers ‘put it together’ when it matters and show they can manage the nerves and pressure to turn that into a podium or win.

The twist for F1 fans here is that the championship also had what’s called a reverse grid. Although it’s a little more complicated than just reversing the grid from the results of the Feature race, it does effectively put the fastest drivers on the weekend at the back and the not-so-quick drivers towards the front at the start of the race.

Now, if we did that in F1 today, with enough laps I think we know we would eventually iron out and see the Mercedes back in front.

Plot twist! The Sprint race is a shorter race so you have less time to see that happen. Therefore, the outcome is often insane overtaking and a really aggressive strategy.

Often referred to as the ‘alternate’ strategy, meaning that a race that should not need a pit stop due to its shortened size creates a window of opportunity for drivers and teams to come in, and put fresh tires on.

This will drop them down the order, but, with super sticky fresh grip monsters on as tires, we will likely see them thunderbolt through the field while the conservative drivers hold on with nothing but a layer of baking paper for wheels at the end of the race.

Such examples of this, have alerted F1 bosses to potential superstars like Lewis Hamilton and more recently Charles Leclerc

The outcome of this formatting with a Feature and Sprint race shows us that drivers can put the quick laps in over a single lap in qualifying, dominate a race and manage the pressure but also show us they can overtake and have the craft to get through the grid.

That’s why F2 and F3 are perfect for showing F1 teams and bosses that a driver is ready for the next step.

The final piece of the puzzle will be the inevitable T&C’s of the F1 paddock. As such it would be unlikely that we see F2’s exact format. As it stands the proposed sprint races would replace the normal qualifying.

The sprint races would instead decide the order for Sunday’s Grand Prix grid. Qualifying would happen to determine the starting order for the sprint races and that would take place on Friday, replacing the second tv snooze that is the hour-long practice session.

In the coming weeks, we should get a bit more information on this. We certainly hope that we at least see a real-life trial of the idea. 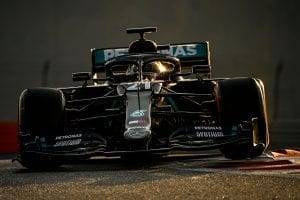