We continue our Graduates of Formula 2 with a chat with former Formula 1 driver and now top TV pundit Karun Chandhok.

When GP2 arrived in Bahrain to start its third season of competition the air was full of excitement on who could follow in Lewis Hamilton and Nico Rosberg’s footsteps and make it to Formula 1.

Among those going into the season as championship favorites were veterans Giorgio Pantano, Timo Glock, and Antonio Pizzonia both seeking another chance at getting on the Formula 1 grid.

Chandhok’s arrival to the grid meant he was the last driver to sign up with Durango for the 2007 season with the Indian getting some help through a very powerful supporter in F1 supremo Bernie Ecclestone.

It wouldn’t be easy for Karun as Durango had a tough 2006 season which only saw them score nine points in all.

Karun reflected on the season, ”At the end of 2006 I won the Asian Formula Renault Championship so I had left Europe and gone back to Asia and I won the championship out there but I had no budget and no money to race in GP2.”

“I tested for Campos at the end of 2006 in Jerez as a one-off test which didn’t come to anything as I had no budget, then the winter went along and there was no deal coming forward. We got to February and the grid was filling up, my chances were looking pretty bleak”.

As with many drivers the Formula 1 supremo Bernie Ecclestone was key in helping aspiring drivers get their chance in GP2. Karun chatted about how this played out for him.

“Fortunately Bernie was helping me a lot at that time in my career and in late February he called that there was potentially a deal with Durango which was the last seat on the grid although Durango had a terrible season in 2006 where they finished last in the team’s championship I saw it as an opportunity to get on the grid.”

“At the same time I had just joined the Red Bull Academy so with the help of them and a few Indian sponsors I was the last driver confirmed six or seven days before the first test at Paul Ricard.”

Despite being confirmed late Chandhok and teammate Borja Garcia had a successful season taking Durango to eighth in the constructors championship with Chandhok taking a maiden win at Spa becoming the first Indian to win a GP2 race.

“We started off the season with very low expectations I was a rookie and the team was running on a budget of €700,000 whilst Isport and ART were on 1.5m so we were running on half of their budget”

“In the first half of the season, we had some decent pace we started to turn a corner in Turkey I had a good race finished eighth then started on pole for the sprint race and I should have won the race but Nakajima took me out because he tried a lunge at the last corner so we should have won that one.”

So despite an uphill challenge for the season Karun and the team started to really show some pace as the season progressed; “Momentum was starting to build I scored points at every race weekend which was good for us and to outperform Gracia in his second year was great and to win at Spa was the icing on the cake as it’s a circuit that I’ve always loved and it wasn’t an easy race win as I had to pass Andy Soucek around the outside of Les Combes with 3 or 4 laps to go so that season put me back on the European racing map”.

For 2008 Karun moved to defending champions Isport with Bruno Senna. Chandhok notched up another win at Hockenheim but reliability issues in the second half of the season cost him deeply.

“It was my most enjoyable year in terms of racing especially the first half of the season up until Budapest I was regularly up at the front getting podiums won at Hockenheim and after the Budapest weekend there were only around 10-12 points in it between third and sixth”.

“I had a disastrous second half of the season where I didn’t score any points through reliability issues and people taking me out as well as tyre issues so unfortunately, it saw me plummet from being a top-five driver to tenth in the standings”.

Nevertheless, Karun reflects fondly on the 2008 season considering the depth of talent in the category at the time.

“It was a tough championship, 2008 was a strong year if you look at the grid that year it was super strong, ten teams won a race that season, a new generation of car and we were all young guys training hard for that F1 dream and that for me made it my most enjoyable racing season”

In 2009 Chandhok moved to the new Ocean Tech Technology team alongside Alvaro Parente however the season was a challenge and Karun could only manage one podium at Silverstone.

“I should have won at Monaco as we had a big lead over Maldonado then the driveshaft broke with three laps to go which was the biggest disappointment of my career.”

Despite that tough third season, Chandhok reminisces fondly about his time in GP2 in what was a critical time for him to get noticed on his road to Formula 1. 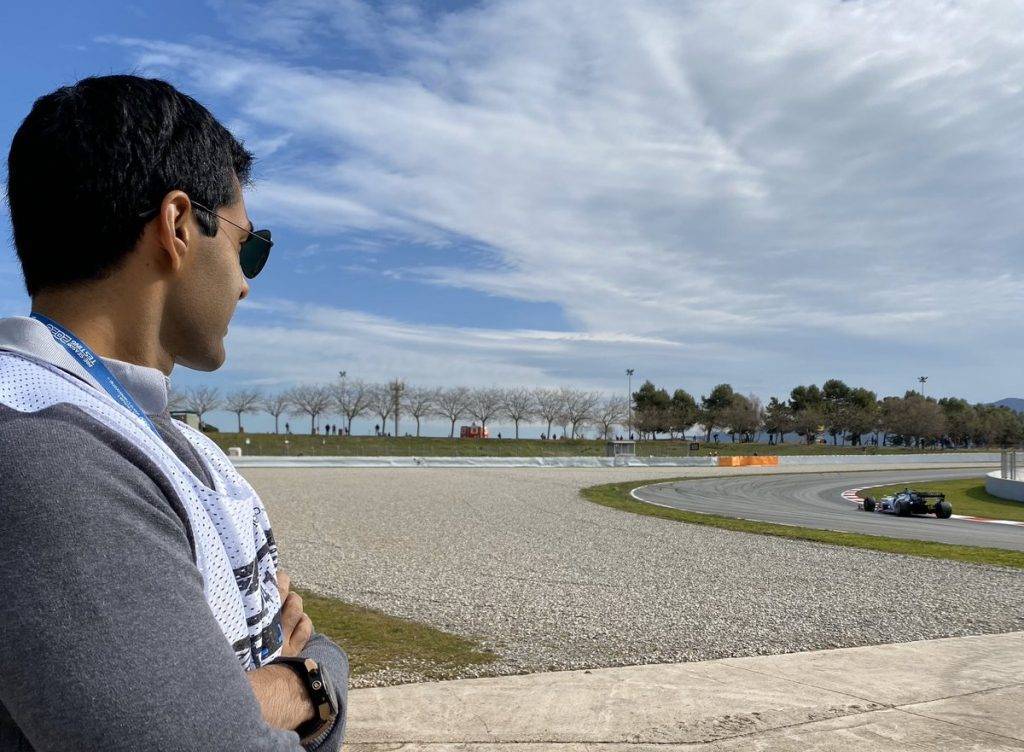 “On the whole, it was an enjoyable very tough category where the cars are quick and the racing was tough but good, good quality drivers who’ve gone on to achieve a lot after GP2, I enjoyed working with Bruno Michel and his organization and they ran a good championship and it was great to be on the Formula 1 support bill as everyone in the paddock was watching how you did and it’s an absolutely vital step for any driver”.

Chandhok found his way into Formula 1 in 2010 finding a drive with the brand new Hispania team in a deal that came about with just ten days to go till the start of the season.

“At the end of 2009, we heard that there were some new teams coming into Formula 1 and I had discussions with all four of them which included USF1 who didn’t make it to the grid and I know Colin Kolles and Adrian Campos but then Campos pulled out meaning that Kolles ran it with the Carabante family.”

“The deal was quite late again I was the last driver to get signed up but we were working out a deal through the winter with one of the teams and eventually it came through in February”.

His spell at HRT would only last ten races however as the underfunded team struggled for cash with Karun being switched with Sakon Yamamoto who was believed to bring more money to the team.

Chandhok would later have a successful spell in Sportscars and is now a fans favourite on television with Sky Sports F1.

Thank you Karun for taking the time to speak with us here at insideF2.com. 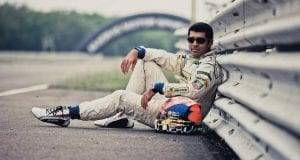