His name will be a point of reference in motorsport for the rest of time.

His exemplary record speaks for itself.

Being sponsored by the McLaren young driver programme in 1998 Hamilton moved up the ranks via Formula Renault and Formula 3, before starting his GP2 campaign.

In 2006 he joined the ART team and succeeded in standing on the podium 14 times; winning five out of 21 races in his one and only Formula 2 season.

His season wasn’t a walk in the park. Hamilton’s peers were an extremely talented group of drivers; his main title rival being Nelson Piquet Jr.

Hamilton started the season well, with a P2 in the Valencia Feature Race.

At Imola he failed to score after receiving a black-flag in Saturday’s Feature Race for passing the Safety Car. It meant starting the Sprint Race from the back of the grid.

His fortunes changed at Nürburgring, where he won both races. He obliterated the rest of the field by lapping over a second a lap faster. Even a penalty for speeding in the pit lane couldn’t stop him.

“It’s a fantastic achievement for myself this weekend and for the team. We’ve not really had the best first couple of races and to come here and have a double is fantastic for all of us and for the team spirit.”

On course to win at the Circuit de Catalunya, Hamilton collided with his teammate, Alexander Prémat on the final lap.

Prémat went on to win, and Hamilton finished in second.

He had a run of good luck by winning the first of three races in succession at Monaco in an eventful race. He continued the success with Feature and Sprint race wins on home turf at Silverstone.

The Championship took a turn in Piquet Jr’s favour at Hungary.

Because of a spin in Qualifying, Hamilton started the Feature Race at the back of the grid and failed to score any points.

The Sprint Race, however, saw him finish the wet race on the second step of the podium. Lewis’s extraordinary ability in wet conditions was obvious even then.

In Turkey, a track that the Formula 1 circus will revisit this season, Hamilton claimed P2 in the Feature Race.

The Sprint Race saw a noteworthy drive from the Brit. After a spin on Lap 2, Hamilton dropped to P19. By Lap 10 he had gained nine places by out-braking every driver, and by maximising his blistering straight-line speed.

He finished in a mind-blowing second place, that could have been a race win had he not have tussled with Timo Glock for three laps.

The race was a preliminary example of the exceptional recovery drives we’ve seen Lewis execute to date.

“Even though I finished second it felt like a win.” – Hamilton

Leading the Formula 2 Championship by 10 points as the feeder series went into its final weekend at Monza, Hamilton finished third, behind Piquet Jr in the Feature Race.

From the initial race result, Hamilton still didn’t have enough points to clinch the title.

However, race winner Giorgio Pantano had his fastest lap point deducted because it was recorded under yellow flags – meaning Hamilton had enough in the bag to become the Formula 2 Drivers’ Champion.

The following day, Hamilton, starting the Sprint Race in P7, stormed up the field to finish in second place – winning the Championship over Piquet Jr by a 12 point margin.

“His domination of the GP2 Championship in 2006 was outstanding.” – Ron Dennis.

Being supported by the McLaren team principal since 1998, Hamilton made an unexpected leap into McLaren’s prestigious Formula 1 seat.

It came after Juan Pablo Montoya exited the team ‘stage left’ and Kimi Räikkönen made a move to Ferrari.

“It’s a dream come true. To be racing in Formula One with McLaren has been the ultimate goal for me since I was very young and this opportunity is a fantastic way to end what has been the best year for me.”

Defending Double-World Champion, Fernando Alonso, had also been signed as the assumed No1 driver, with the rookie as his wingman.

However, somebody forgot to tell Hamilton the rules.

In an uncomfortable season, where we would have loved to have had the fly-on-the-wall “Drive to Survive” cameras around, Hamilton unapologetically earned equal status.

Finishing second at his maiden race in Melbourne the Formula 2 Champion secured nine podiums in a row, including two race wins at Montreal and Indianapolis.

Standing on the top step at Hungary, he then went on to dominate in Japan, with pole, the fastest lap, and the race win.

This saw him end the season just one point behind Championship winner, Räikkönen.

Hamilton has gone from strength-to-strength. Not only as an example of being the ultimate professional, but in his personal life.

He’s a people person. He cares about the planet, and about a healthy mind, body and spirit. He’s open about his personal issues, and delivers encouragement through his platforms. 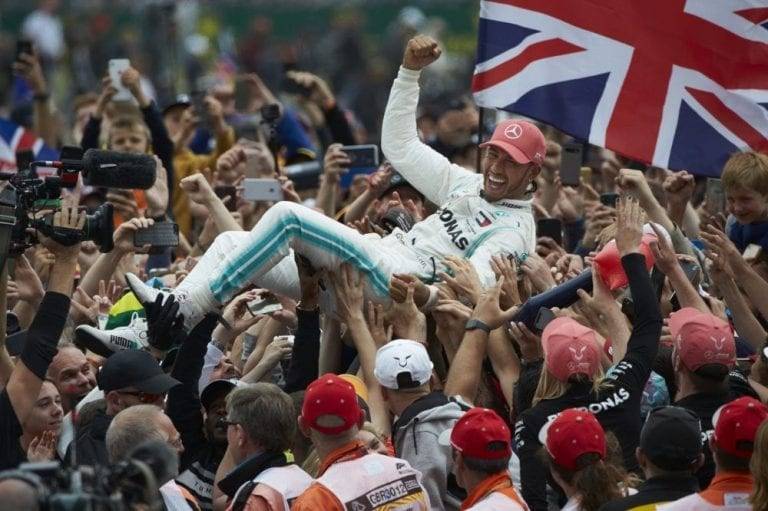 The Mercedes-AMG F1 driver has already blown many records out of the water and is now setting his own for the next generation to pursue.

But they’ll be chasing him down for a while as the ‘kid from Stevenage‘ isn’t quite done yet.

”I’m not here to finish in second place or sixth, or anywhere below first.” – Hamilton 2007

Did we see any of this coming when he lifted the Formula 2 Championship trophy in 2006?

No… but the racing community knew he was special.

He’s made a profound difference in everything he touches.

Isn’t that what most of us would like to attain in life? 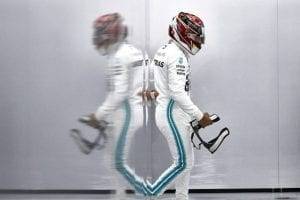