Formula 2 Graduate, Nico Hülkenberg, is a natural born competitor. If he wasn’t racing motor cars he’d undoubtedly be in another elite sport.

The proof of his talent is clear in the way he’s returned to Formula 1 during this unorthodox 2020 season.

The German native has gained enough points to be mid-table in the driver standings, despite only fully participating in two races.

He had an incredible rookie season in A1GP, becoming the most successful driver in the series with 128 points.

Competing in the German and Euro Formula 3 in 2006 and 2007, he made his first major impression, by winning at Norisring from P18.

A year later the young German won the Euro Formula 3 Championship, stamping his authority all over the tougher Feature Races for the ART GP team.

At the end of that 2008 season Hülkenberg continued racing with ART in the GP2 Asia series. He took an impressive Pole position in his first attempt at Race 3 in Bahrain and finished P4 on both the Saturday and Sunday.

He repeated his Pole performance at the Feature Race in Qatar beating Sergio Pérez to the line by a massive 13s.

Competing in a only those four races the German finished sixth in the standings out of 40 classified drivers.

Continuing with ART for the 2009 GP2 series he took his first podium in the Principality of Monaco, standing on the third step after the race was red flagged two laps before the chequered flag.

The German also finished third in the Feature Race at Silverstone.

At the Nürburgring he did the double at his home race in Germany. Not only did he win both Feature and Sprint Races convincingly he also took pole and was awarded points for the fastest lap in both races (Roberto Valerio’s fastest lap time was deleted because he finished outside of the Top 10).

Only Nelson Piquet Jr. had achieved maximum points previously in 2006.

At the following weekend in Hungary Hülkenberg won his third race in succession, during Saturday’s Feature Race.

In Valencia he took second spot on the podium in the Feature Race and the Sprint Race win, adding more trophies to his growing cabinet.

His fifth win of the season at Portimão saw him achieve his centenary: 100 points.

Starting third on the grid but taking second place by Turn 1, the German pitted early, gaining the advantage over race leader Vitaly Petrov. He ran away with the Feature Race, winning by over 10s.

The rookie driver won that year’s Championship title comfortably from a P3 Sprint Race finish at Monza with two races left in the bag.

He achieved 10 podiums in total that season.

With a GP2 Championship title to his name Hülkenberg was signed to Williams in 2010, partnering Rubens Barrichello in his first season with the team.

Already their test driver, he was promoted to their Formula 1 team – a natural progression for the gifted German.

By race three in Malaysia he out-qualified his Brazilian teammate and classified in 10th place, securing his first point in Formula 1.

He also finished 10th at Silverstone, and sixth at the Hungaroring.

During this rookie Formula 1 season, he also nabbed Pole position in a rain-affected Brazil giving Williams their first Pole position for five years.

On this day in 2010: Nico Hulkenberg claimed a stunning maiden #F1 pole position during a wet-dry qualifying in Brazil ? pic.twitter.com/yCsvo8iRIE

Out-qualifying his teammate and finishing 17 points ahead in an admirable 11th place his first season in Formula 1 was a success.

The following year, Hülkenberg joined the Force India team as their reserve driver, participating in all but five weekend Practice sessions.

By the 2012 season the German was in a full-time seat with the team partnering Paul di Resta and earning a career best finish with a P4 in Spa.

Starting the 2012 Brazilian Grand Prix in P6 Hülkenberg led from Lap 19. Colliding with Hamilton on Lap 55 he subsequently finished in fifth after serving a drive-through penalty – a potential maiden win slipped from his grasp.

Hülkenberg moved to Sauber in 2013, and in his 2014 season he partnered old GP2 rival, Pérez at Force India.

That season he celebrated a P6, P5 and P4 as he helped the team finish third in the Constructors’ Championship.

Without a 2020 contract Nico’s surprise return was as unexpected to him as it was to race fans. He was rapidly recruited by his old Force India team, Racing Point, to sit in for COVID struck Sergio Pérez at the two British Grands Prix.

More recently, he was called upon again at the Eifel Grand Prix (Nürburgring), to cover for a COVID affected Lance Stroll.

Nico did an incredible job, qualifying and finishing in the points once again – securing P8 and four points.

There’s still a clear abundance of talent to be unleashed.

Whatever the future holds, we here at insideF2 wish ‘The Hulk’ the best and hope to see him return to Formula 1 next season in a more permanent capacity. 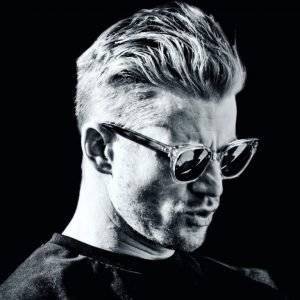