Japan has produced some brilliant Formula 1 drivers in the past. Takuma Sato, Kazuki Nakajima and Kamui Kobayashi to name a few.

Yuki Tsunoda could well be next on that list of great names, as he has shown blistering speed and composure in wheel to wheel combat so far this season in his debut F1 campaign.

The 21 year old has even produced stunning overtakes on drivers who possess much more experience than him.

Former world champions Fernando Alonso, Sebastian Vettel and Kimi Räikkönen have all been passed by Tsunoda in his Honda powered AlphaTauri.

Tsunoda really made a name for himself last season in F2 with Carlin. The Japanese driver performed admirably in his one and only year in the second tier of motorsport. He claimed 3 race victories and third in the drivers standings.

Tsunoda competed for the Formula 2 championship against an extremely talented field of drivers in 2020 including the eventual champion Mick Schumacher and British driver Callum Ilott.

The Japanese drivers sole F2 season began with a double header at Red Bull Ring in Austria. The campaign began unusually late in July due to the COVID-19 Pandemic.

At Round 1 of the season, Tsunoda suffered a disappointing weekend which saw the Carlin driver make contact with his team mate Jehan Daruvala on the first lap of the Feature Race ending his hopes of a points finish.

After a non score at the season opener, Tsunoda made amends at Round 2 of the year. The Japanese driver stormed to pole position by hooking up a magic lap at the Red Bull Ring right under the nose of Formula 1.

The Carlin driver controlled much of the Feature Race on the soaked 4.3km circuit only for radio issues to rob him of victory. To compensate for this horrible stroke of luck Tsunoda showed off his overtaking prowess passing three cars in 10 Laps to snatch second place.

Tsunoda retired from the Sprint Race leaving him with just 18 points from the first four races.

In Hungary, the Japanese driver didn’t have much luck and ended up with zero points from both races while Schumacher drove with metronomic consistency claiming a double third place.

The next three Rounds included a double header at Silverstone and a trip to the Circuit de Barcelona-Catalunya in Spain. Silverstone yielded a brilliant upturn in form for Tsunoda with a third place in the Feature Race on the undercard of the British Grand Prix.

The Carlin driver produced a magnificent last lap pass on Christian Lungaard to claim his second podium of 2020.

As F2 shadowed the 70th Anniversary Grand Prix, Tsunoda drove to a very respectable P6 in the Feature Race.

The Sprint Race truly showed all of the Carlin aces best qualities taking his first victory of 2020 benefitting from both PREMA cars self destructing on the last lap at Silverstone.

Tsunoda kept up his good form in Spain picking up a duo of fourth places and at the halfway point of the 2020 F2 championship the Japanese driver held fourth in the standings, 39 points away from championship leader Ilott.

The Red Bull Junior drove a brilliant Feature Race at Spa-Francorchamps storming to his second win of the season ahead of Russian driver Nikita Mazepin and Schumacher.

Unfortunately for Tsunoda, the Italian ribbons of tarmac at Monza and Mugello followed and dealt a huge blow to the Japanese drivers title hopes.

Tsunoda picked up just 12 points from that particular quartet of races.

With three rounds to go, F2 still had Russias Sochi Autodrom and an intriguing double header to round off the season at the Bahrain International Circuit.

The world class facility utilised the Grand Prix Circuit alongside the never before touched Outer Circuit.

In Russia, Tsunoda recovered beautifully from his Italian disappointment with second place in the Feature Race coupled with P6 in Race 2.

Schumacher won the Feature Race with the German taking a giant leap towards his F2 championship.

The Bahrain double header yielded an extremely mixed bag of results for Tsunoda with another P6 finish in the Feature Race and an unfortunate non score in the Sprint Race.

However, the then 20 year old ended his only F2 season with a flourish storming to victory in the Feature Race and finishing second behind his team mate Daruvala as Carlin ended the season with a one-two finish.

Tsunoda claimed third in the standings finishing 15 points behind the champion Schumacher.

The Japanese drivers hard work in F2 paid off as he was rewarded with a Formula 1 drive for 2021. Tsunoda teamed up with AlphaTauri under the watchful eye of Franz Tost. He thus became the first F1 driver to be born in the 21st century.

Tsunoda has performed very well so far this season up against his Grand Prix winning team mate Pierre Gasly.

Tsunoda certainly has the talent to compete at the highest level and could be one to watch in the coming years. 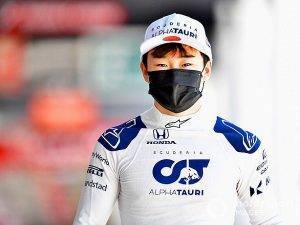