Several F2 drivers remained busy during the FIA Formula 2 Championship’s lengthy eight week summer break, racing in other series from DTM to Indycar as they sought to stay sharp in preparation for the return of F2 action at Monza this weekend.

Liam Lawson’s summer was full of racing, with the Hitech GP driver taking part in four rounds of the DTM season, racing for the Red Bull AF Corse team.

After a strong outing at the Lausitzring where the Kiwi finished runner-up in both races, at Round 3 in Zolder he recovered well from a retirement in Race 1 to take third place in Race 2, limiting his losses.

The Red Bull junior bounced back from a pointless Round 4 at the Nürburgring in fine fashion, taking a clean sweep in Round 5, winning both races at the Red Bull Ring after a maiden pole position in the first Qualifying session.

F2 fans may need to watch out for him this weekend if he carries this rich vein of form into the fifth round of the F2 Championship at the circuit where Lawson won the first DTM race of the year back in June.

Elsewhere, Matteo Nannini stayed up to speed with single-seater racing as he continued his campaign in FIA Formula 3.

The Italian took his maiden F3 win in Hungary, but failed to repeat the feat at Spa, where he retired in Race 2 on his way to a pointless Round 5.

The HWA Racelab driver fared better at the next event in Zandvoort, returning to the points with a P9 finish in Race 2.

Nannini now sits 13th in the drivers’ standings with just the final round in Sochi remaining and will hope to use the experience gained in F3, however it looks like the Italian will miss the next round in F2 following news David Beckmann will be racing for Campos. It is yet to be seen if he will get the chance to add to his points tally this year.

The Dane qualified an impressive P4 and finished in twelfth position in his Indycar debut. The ART driver’s only previous Indycar experience was just a single test with the Rahal Letterman Lanigan Racing team a month prior to the race at the Brickyard.

Lirim Zendeli appeared in the DTM Trophy, a DTM support series, competing as a guest driver for T3 Motorsport.

The Italian narrowly missed out on points, finishing P9 in his DTM Trophy debut.

Jack Aitken’s summer plans were cruelly derailed by a serious accident involving multiple cars during the Spa 24 Hours, in which he sustained collarbone and vertebra fractures, along with a minor lung contusion.

Jake Hughes will take his seat at HWA Racelab for the next round of the F2 Championship but Aitken will hope – along with the whole motorsport community – that he continues to make a speedy recovery and a quick return to racing.

Théo Pourchaire may not have been competing during the summer break, but certainly gained valuable experience behind the wheel in an “unforgettable” F1 test day with Alfa Romeo.

The Sauber Academy driver will hope that with a positive second half of the F2 Championship, he will soon be back in an F1 car.

All the Formula 2 drivers will hope that their summer break has set them up well for a positive return to racing in Monza this weekend.

Make sure to follow all the action on InsideF2 to see who can hit the ground running in Round 5 of the FIA Formula 2 Championship. 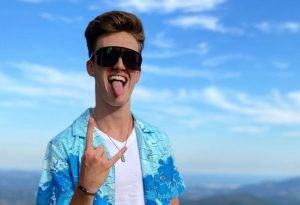