FIA Formula 2’s team bosses have been hard at work over the winter in preparation for the 2022 season. InsideF2 Editor L.A. Wilshaw asked DAMS Managing Director François Sicard and Van Amersfoort Racing CEO Rob Niessink about how the teams are getting ready for the new season.

Van Amersfoort Racing are hoping to make a strong start to their journey in F2, building on their success in Formula 3 and Formula 4, while DAMS look to return to the sort of form which won them the 2019 F2 Teams’ Championship.

With testing currently underway in Bahrain, the Formula 2 teams are in a crucial phase of their preparation for the new season. However, the search for the winning formula in this series has been going on in the background throughout the winter, since testing in Abu Dhabi late in 2021.

“Abu Dhabi was a good start for us which gave us confidence, and we have been working very hard over the winter. Every day is a historical one for us, from the first outing last year to the first moments our cars head out on track in Bahrain – even when the cars go out on new tyres, everything is a remarkable historical moment for us.”

The Dutchman, embarking on his eighth year at the helm, hopes that the hard work during the off-season will pay dividends in the coming months.

“We have put in a lot of effort to build the right team over the winter. Now we have to see if our vision is correct, and gain the experience so that we can achieve what we had hoped for.”

By contrast, DAMS have a wealth of experience in Formula 2, and were Teams’ Champion in 2019. Since then, they have struggled to repeat that same form and have had to identify where they have been losing out during the past two seasons.

Their Managing Director François Sicard, when asked about their issues said:

“It’s not just one point, it’s many little details. We changed from 13 to 18 inch wheels which didn’t help, especially as we changed both our drivers after the 2019 season, so you lose those reference points. We think we know where we have to improve, we are reinforcing some areas, and I hope we can get back to the front in 2022. Being in title contention is maybe still a bit tough this year, but it’s clearly the goal for 2023.”

Both teams will be ramping up their efforts to optimise their cars’ performance during testing this week, both equally intent on developing throughout the 2022 campaign. 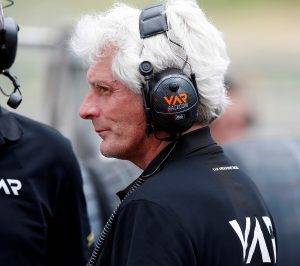