With FIA Formula 2’s season over, it’s now time to take a look back at the season and reflect on how well both Teams and Drivers performed. Keep an eye out for our reviews through this week at InsideF2.com.

Our platform has followed along every step of the way publishing over 500+ posts for this season alone. What a season it has been!

At the end of every year a deserved champion is crowned, but will being FIA Formula 2’s top points collector get you the InsideF2 writers allocate? Many believe this to be the real crown the drivers want. Stated no one, anywhere, ever.

For me the driver of the season has to be Yuki Tsunoda. After finishing ninth in F3 in 2019, few people expected Tsunoda to have the season he did. He took to F2 so quickly and deservedly won the Anthoine Hubert award for best rookie. Alpha Tauri and F1 have an exciting talent on their hands and I really believe that if the 2020 F2 season was one or two rounds longer, he could’ve won the title.

My driver of the year has to be my pre-season wildcard, Robert Shwartzman. He endured personal heartache while out-performing most of the field – it’s possibly what propelled him. The 2019 Formula 3 Champion soon grabbed the headlines. Driving remarkably all year he lifted six trophies in total, four as race winner. (Two more than title winning teammate, Mick Schumacher.) On paper his fourth place finish and 38 points difference doesn’t fully portray the Russian’s brilliance.

As for my driver of the year, it has to be Mick Schumacher for being consistent and getting the valuable points that he needed to eventually take the championship lead off Callum Ilott. We must not overlook his brave overtakes and great starts which won him the Feature race at Monza and Sochi.

An honourable mention must go to Yuki Tsunoda who surprised us all by being fast right out of the gate in Austria, where he should have won in the pouring rain in Styria if not for a radio malfunction. It really is no wonder why Alpha Tauri called him up for Formula 1 with his pure speed and never say die driving style earning him fans across the globe.

In my opinion without question is the 2020 FIA Formula 2 Champion himself, Mick Schumacher. 2020 was the year he needed to bounce back and the results showed, with an impressive display of consistency throughout the season that warranted a title that has garnered him an F1 seat and looks set write the next chapter of a legendary racing surname.

Personally, Callum Ilott has to be my Formula 2 driver of the year. Heading into the 2020 season, many did not fancy him to be able to mount a title campaign in his second season and thought he would be outclassed by his team mate Guanyu Zhou and fellow Ferrari Academy members Mick Schumacher, Robert Shwartzman and Marcus Armstrong. However, the British driver proved that he had the raw speed and race craft to deserve a seat in F1.

He qualified in the top 5 on all but two occasions, taking five pole positions, the most of any driver this season. Additionally, he racked up three wins and six podiums to take the title decider down to the final race. If it was not for some unfortunate luck on occasions, such as stalling on the formation lap in Silverstone, I reckon he could have taken the title. His season is best summed up by Armstrong’s words during the Feature Race in Monza when Ilott charged through the grid, “How is Ilott so fast?” He was undeniably the fastest driver on track and a worthy Vice Champion, as his performances more than merited a promotion to F1.

My pick for driver of the year is Yuki Tsunoda. The Japanese driver performed brilliantly all year claiming third in the F2 championship.Tsunoda showed he’s the real deal with epic victories and relentless charges through the field, Yuki really stood out to me in Bahrain, roaring through the pack from last to claim sixth place in the Feature Race.

I found Yuki to possess maturity well beyond his years, as he kept a cool head at Silverstone watching the Premas self destruct in front of him, Tsunoda picked up the pieces and and scored a great win on that particular day.

Whilst he may have finished 14th this season compared to his 5th place finish in F2 last season. Aitken has not had the luck to compete with Ilott, Schumacher, Tsunoda etc. who he should have been up there competing with for the F2 Championship this season. But Jack has shown his true race driver in him, has delivered strong performances and solid double points for Campos Racing this season compared to his teammate Guilherme Samaia as seen at Silverstone where he was on the podium, and at Spielberg, Monza, Mugello, Sochi and Sakhir despite being caught up in race dramas and having his own race dramas himself.

Jack Aitken also made the step up to F1 at the Sakhir GP deputising for George Russell at Williams with two-days’ notice and had to acclimatize to a Williams car that he knew but in a race weekend setting. Jack made a debut that he can hold his head up high for despite taking his front-wing off during the race as he kept up to the pace of his teammate and fellow F2 driver Nicholas Latifi all weekend and finished the Sakhir GP. Aitken also completed post-season testing for the Williams F1 team this season.

If Jack can keep his seat in F2 next season, he can then use the experience from his F1 debut and being around the Williams F1 team to achieve more consistent performances and hopefully more podiums in what will be his third F2 season and can be in the F2 Championship title race that surely will persuade Williams to give him an F1 seat for 2022 if he has not done so already. 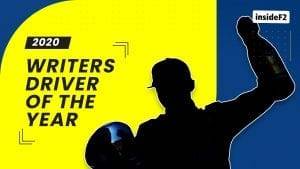