Fittipaldi: Checking on Daruvala After Crash ‘A Natural Thing to Do’

Fittipaldi: Checking on Daruvala After Crash ‘A Natural Thing to Do’

Enzo Fittipaldi’s final Sprint Race of the 2022 FIA Formula 2 Championship season lasted just three corners after he and Jehan Daruvala made contact at Turn 3 of the Yas Marina Circuit and clattered into the Tecpro barriers on the outside of the corner.

The incident brought out the red flag, but mercifully, both drivers were unharmed.

Charouz Racing System’s Fittipaldi had started 13th for the Sprint Race, while PREMA Racing’s Daruvala was one place higher in 12th.

“I had a really good start, and then I was on the outside of Turn 2, just doing my job. I overtook Jehan, and then just after Turn 2 into Turn 3, I felt a touch on my right rear and was sent into the wall,” Fittipaldi explained to InsideF2 in the paddock after Saturday’s race.

Both Daruvala and Fittipaldi enter the Feature Race level on 126 points, with the Indian driver in sixth one place ahead of his Brazilian-American counterpart owing to a tie-breaking win last time out in Monza.

On Saturday, Fittipaldi, who got out of his car first, ran back over to check on Daruvala, who was still sitting in his car with the left-front corner buried under the barrier. The Prema driver eventually got out of his Dallara F2 2018 with help from track marshals.

“I checked myself, I was fine, and then I saw Jehan was still in the car, so I just wanted to make sure everything was all right. And he was just fine,” he explained to InsideF2.

“It’s natural thing to do. There was an accident; I saw that he was still not out of the car. Obviously, I was frustrated with him because I think he made a mistake there, but in the end, obviously, you put everything aside. What matters is how you’re doing physically.” 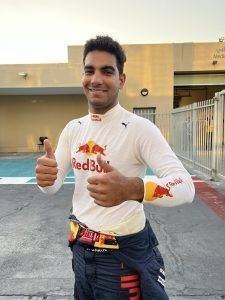