Formula 2 as Eventful as Sargeant Expected

Formula 2 as Eventful as Sargeant Expected

Logan Sargeant has declared that the FIA Formula 2 Championship is as eventful as he expected. When asked if F2 was everything he’d envisioned, he said:

“It is what I expected to be honest. I’m really enjoying the races.”

The Carlin driver finished in P6, and seventh respectively, across his first weekend of the season in the Bahrain Sprint and Feature races, following an excellent fourth place in Qualifying.

On reflection, his excitement was palpable:

“The pit stops, it’s all just building up to where you want to be in Formula 1.”

Jeddah was a different story. Qualifying in 18th, Sargeant retired out of the Sprint Race, after a collision with Jack Doohan on the Safety Car restart. The American finished out of the points in 12th in the Feature.

He’s currently sitting in P11 with nine points, while Championship leader, Felipe Drugovich sits at the top with 45.

Looking at Sargeant’s season so far and him not being exactly where he wants to be, I asked him if he has confidence in being able to catch up:

“I’m not satisfied with how the first two rounds have gone, but I’m definitely not stressed about it. The pace in the car is extremely good, and we’ve been quick everywhere we’ve gone.

“We just need to kick-start our season and this European leg of the Championship.”

I asked the Williams Academy driver about this upcoming race weekend at Imola, and if there was anything he’s looking forward to:

“One thing I definitely like about the circuit is that it’s old school. It’s tricky. It’s quite narrow.

“Obviously to race on it might not be the best. But to put a qualifying lap in is going to be pretty sensational, especially with all of the great drivers that have been here in the past.”

Rain is expected during Friday’s sessions, “Obviously now the conditions are throwing in a curve ball.”

Acknowledging the difference between qualifying in fourth and 18th in his previous two race weekends, the Carlin driver looked ahead to this weekend:

“We’re in for a good one. Qualifying is going to be ultra important.

“Every step forward is always really exciting, and we’ll keep trying to get some better results.” 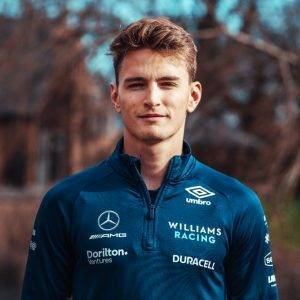