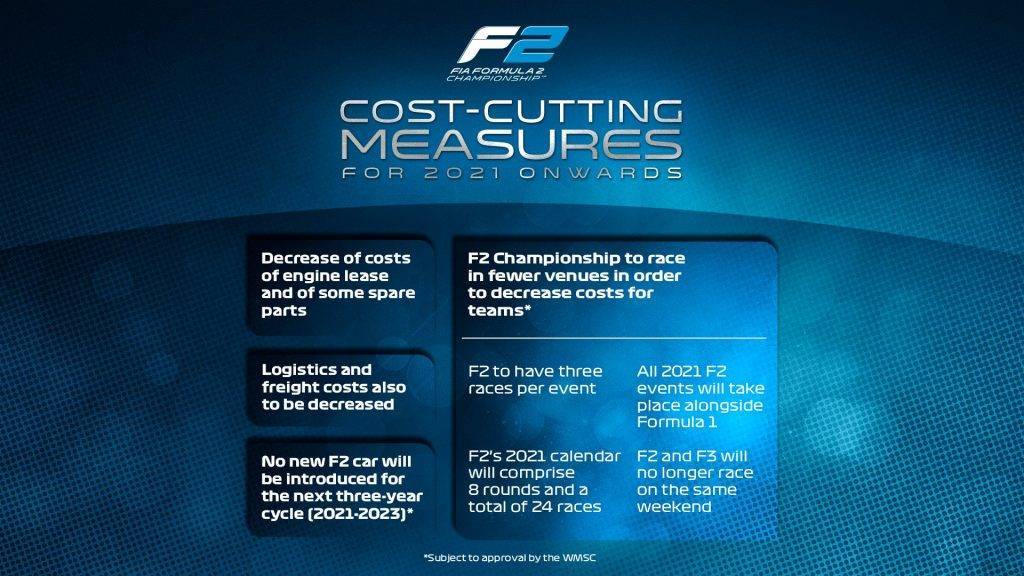 Formula 2 has announced today several radical new changes to the series for the 2021 season which is designed to reduce costs.

From 2021 and beyond Formula 2 will race at fewer venues in order to decrease costs for the teams, the current Dallara F2/18 being kept in service till 2023. However, these changes are subject to approval by the World Motorsport Council in Paris.

Formula 2 will also look to decrease the costs of leasing engines, spare parts as well as logistics and overall freight spending will be decreased as well.

The Championship will also look to move towards a three race format alongside its current feature and sprint races, with a calendar consisting of eight rounds rather than the twelve with 24 races now scheduled throughout the season.

Most importantly Formula 2 and Formula 3 races will no longer race at the same weekend, both championships will be held on separate race weekends. However, they will still likely be held on Grand Prix support bills with Formula 1.

Series boss Bruno Michel explained the reasoning behind the decision to cut costs was to ensure stability for the series.

“One of our core values since the launch of the GP2 Series back in 2005 has been costs control. Today, more than ever, it has to be at the heart of our strategy.

“The measures we are announcing here are crucial as they have an impact on the way both Championships operate, but also on the calendar and the race weekend timetable, hence the sporting regulations.

“Furthermore, the teams who are currently competing in both Championships will have the possibility to mutualise some of their personnel between the two categories in order to save additional costs.

“We strongly feel that this has to be done and put in place as quickly as possible to ensure the stability of both Championships in the years to come.”

A series calendar has yet to be announced.

If you want to understand the current format and how that will change, check out our “Understanding F2” page. 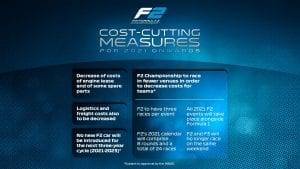