Fortec Motorsport will return to the British F4 grid for the final two rounds of the season at Silverstone and Brands Hatch.

The Daventry based team were among the seven teams to publicly back the brand new Tatuus T-421 chassis and have subsequently conducted a through testing programme throughout 2022.

Fortec Motorsport team manager Oliver Dutton explained to fiaformula4.com that the team is delighted to return to British F4.

He said: “Everybody at Fortec Motorsport is very excited to be returning to ROKiT British F4,” explains Team Manager, Oliver Dutton.

“We made no secret of our intentions to continue competing in the series last autumn. Driver development is a key philosophy of our team, so to race on the FIA single seater ladder, with a car and a package designed to help bring drivers on, is a ‘must’ for us.”

“Our approach to the last two rounds is very much with one eye on the future,” explains Dutton.

“For us, it’s the beginning of our 2023 programme. It’s a championship we’ve been very successful in previously, and we’re certainly not here to make up the numbers in the background.”

Fortec became an ultra successful team since MSA Formula began in 2015 and have won 30 races in that time.

The Daventry based squad have enjoyed great success in British F4 winning the drivers championship in 2020 with Luke Browning.

“It’s a team that is synonymous with both the championship, and the development of future motorsport stars, making it the perfect fit.

“I’ve little doubt that they’ll quickly be back fighting up at the sharp end of the field.”

Details on Fortec Motorsport’s driver line-up will be confirmed soon. 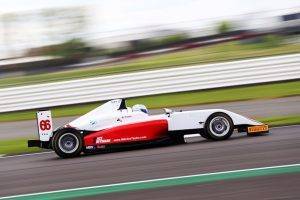