Joel Granfors snatched the GB3 championship lead away from Luke Browning after an extremely impressive weekend at Silverstone for the Swede.

Granfors triumphed in Race 1 as Browning shadowed him for the 20 minute race duration.

The Fortec Motorsport driver followed this up with P2 in the second race as both he and Browning trailed in Tom Lebbon’s wake.

After Race 2 Browning emphasised the importance of getting off the line well as Lebbon produced an epic start and subsequently took the victory.

The Briton said: “Crucial, as Lebbon saw that’s how he won the race really he got a good start and a good move around the outside into Maggotts and Becketts.

“And that’s what got him, I wished I had done the same if I was on the front row I think my start would’ve got me there as well but yeah it’s all about qualifying.”

The 18-year-old explained the difficulty of following other cars and the negative effect dirty air has on tyre life.

He said: “If you’re in the dirty air especially right behind someone you use a lot more of the tyres these tyres have a peak and they don’t have a lot of life so once you go through that layer that’s it you’ve got a lot less grip so yeah that was just a bit unfortunate but it is what it is.”

McKenzy Cresswell is making the step up from British F4 this season in just his second season of car racing.

The Chris Dittmann Racing driver performed admirably in Race 3 storming through the field from P12 to finish in sixth place.

Cresswell gave a great insight into the lessons he learned over the weekend and how he can implement that at Donington Park next time out.

He said: “It’s a lot of lessons with the setup we’ve made some really good strides in terms of how the car feels so I’m really pleased about that but in terms of personal lessons, don’t be too aggressive on Lap 1.

“I managed to get some good places after Lap 1 which is a bit unusual but I think yeah just keep a cool head and stuff like that but yeah I’m pleased.”

If you missed the action and want to re-cap on the weekend. Check out the MSV TV links below: 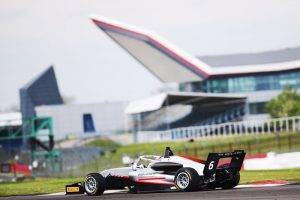