The FIA Women in Motorsport Commission have teamed up with their first partner, Ferrari, to give female drivers a long waited opportunity to join the elite formulas, through their Girls on Track Rising Stars programme.

The Ferrari Driver Academy’s goal is to make two of the contenders full-time students, with a view to be entered into the Formula 4 Championship.

Chosen by their respective countries, they are set to race at Circuit Paul Ricard.

12 female drivers will be selected to undergo karting and Formula 4 focussed training, resulting in the top four progressing through to a one-week course at Maranello.

The winning girls will receive a contract to race in the 2021 F4 season.

Who knows, maybe one day we will once again see a woman competing in a Formula One World Championship race for the first time since 1976.

Mattia spoke in reference to Maria Grazia Lombardi, who notched-up 17 entries and 12 race-starts over her two-year career.

Ferrari have been working on drivers cultural, technical and ethical education for over a decade. With this in mind, we felt we had to make a further effort to expand our area of operation to include female youngsters who want to get on in motorsport.

Out of the 772 drivers who have started a Grand Prix since the introduction of drivers Championships in 1950, only two have been girls.

Five in total have participated, though not all qualified for the race. 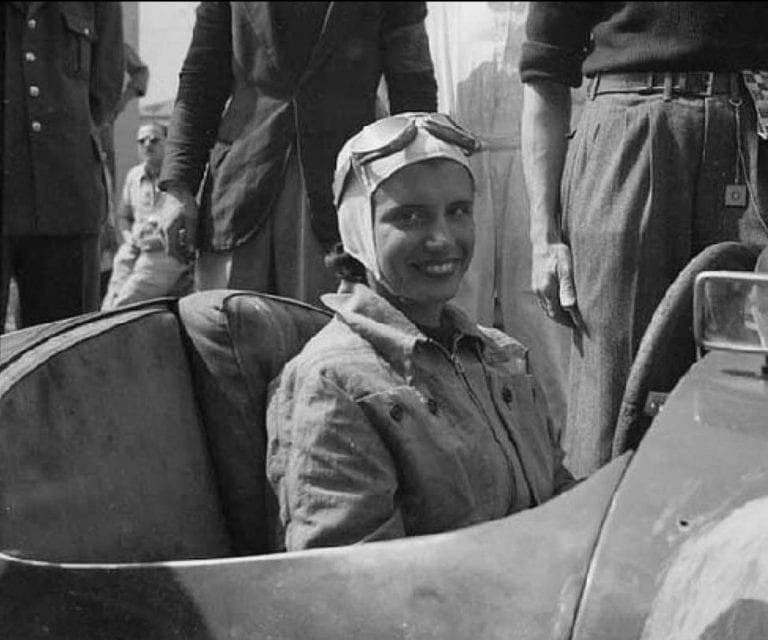 The first of Formula 1’s girls on track in motorsport was Italian, Maria Teresa de Filippis, who started three out of five races in the 1958/59 season.

Finishing in 10th place at the 1958 Belgian Grand Prix. Maria, claimed the Race Director stated at the time:

The only helmet a woman should use is the one at the hairdressers.

(In reference to the dome shaped drying hoods once regularly used at women’s hair salons.)

Being faced with alleged prejudice at the highest level during a season full of mechanical failures, poor qualifying results, and tragic deaths of friends in the sport, Maria went on to start the 1959 season in Monaco, but never drove a Formula 1 car again.

The second of the Formula 1 female drivers, Lelle Lombardi, did slightly better, finishing the 1975 Spanish Grand Prix with half a point.

Davina Galica, drove for Surtees and Hesketh between 1976-1978, claiming three entries though no race starts.

Desire Wilson came along two years later in 1980, with one entry for Williams.

And, Giovanna Amati made an attempt in her 1992 Brabham, but failed to qualify in three races.

Why has there been so few girls on track in elite motorsport, and zero in a Formula 1 seat in 44 years?

There are multiple answers, that can be debated for hours. Many women have made attempts over the years.

The most recent potential for a woman to succeed in Formula 1 has been Susie Wolff, who had a seat with Williams as test and development driver (2012-2015), taking part in practice and test sessions for the team.

Susie retired when she felt she could go no further in the sport. She is currently spearheading the FIA Girls on Track – Dare to be Different programme.

The aim is to educate young girls of the many roles available in the motorsport industry, including driver, mechanic and engineer.

The venture also aims to change the preconceptions of a male-dominated sport.

One of the most popular and promising women in motorsport, who looked certain to progress was Maria de Villota.

She tragically succumbed to injuries she received in a testing accident for Marussia in 2013.

A look to the Future

Future potential girls on track are W Series Champion, Jamie Chadwick. Development driver for Williams, she has recently joined PREMA Powerteam – Racing in the their Formula Regional European Championship in the upcoming season.

Joining Campos at the beginning of the 2020 season, Sophia will be the first female to participate in the series since its formation.

In a recent interview for CNN Sport, Sophia candidly explained how she feels as a female in motor sport,

Is she really able to do it? Is she tough enough? For me to prove myself and prove to them that I am able to win and beat the boys or the men, I need to go testing as much as they do. To change it we need men. We need brands to believe in women more. We still have to win Championships against men and not other women.

The W Series was created in 2019 as a way for FIA licensed female hopefuls to fulfil their dream of reaching Formula 1.

Six races were added to the calendar (in support of DTM racing), with 18 participants (and two reserve drivers).

Like Formula 2 and Formula 3, series standard engines are appointed to each car (Tatuus T-318). Currently, this is the same spec as F3.

There are no teams, and the driver doesn’t necessarily drive the same car every race. Nor do the girls keep the same race engineer or mechanics.

The series offers Super Licence points to finishers in the top eight.

However, it doesn’t grant as many points as F2/F3/Formula E. So, to earn 40 points over three seasons, which would lead to a seat in Formula 1, means winning the title three times in a row. Otherwise it wouldn‘t be a possibility without taking a side step into another series.

Girls are only competing against other women, in vastly different circumstances. Instead of being a support to Formula 1, like F2/F3 are, drivers including Jessica Hawkins and Sarah Moore, are instead supporting DTM.

Are the W Series differences too great to realistically prepare the women for F1? And too segregated to attract much needed sponsorship so that they can progress?

If sponsors don’t trust that women can get to the elite ranks, they will not prioritise them. However, without sponsorship, women can’t reach the heights needed to attract a sponsor.

Spectator numbers need to be high and the fan base a mixed gender. Gated communities of no men allowed probably isn‘t a long-term solution in an attempt to change attitudes.

Would it not be more beneficial to incorporate the entire W Series season into Formula 1 race weekends?

Before W Series was cancelled for the 2020 season it was announced that it would continue to support six DTM European races, and move to the Americas for the final two races to support the United States and Mexico City Formula 1 Grands Prix.

If W Series is staying around for the foreseeable future, this calendar change perhaps anticipates a permanent home with the Formula 1 circus.

Passion for the W Series and for more women to be included in motorsport is apparent behind the scenes. It is clear the hierarchy cares about the lack of gender diversity to help women up the motorsport ladder.

The series gives young women the opportunity to show off their talent.

W Series is a welcome platform for women to develop their profile for future sponsorship purposes.

Therefore, the series can be considered as a useful stepping-stone that will continue to encourage more young women into motorsport.

I want the sport to be more accessible. I hope at some stage theres a young powerful woman that comes through and blows the field away. Wouldnt that be something special?

The days of Race Directors purposefully blocking female drivers is thankfully in the distant past.

It has been replaced with people who truly believe in equality and eradicating prejudice in motorsport.

It fully supports the efforts to attract more women through W Series and the Girls on Track programmes.

For women to compete at the top level, it will need elite team programmes, big-name ambassadors, sponsorship backing, and a whole host of determined and talented women. 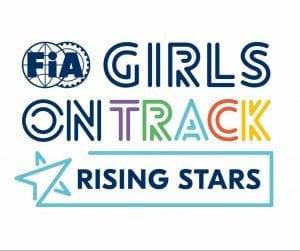