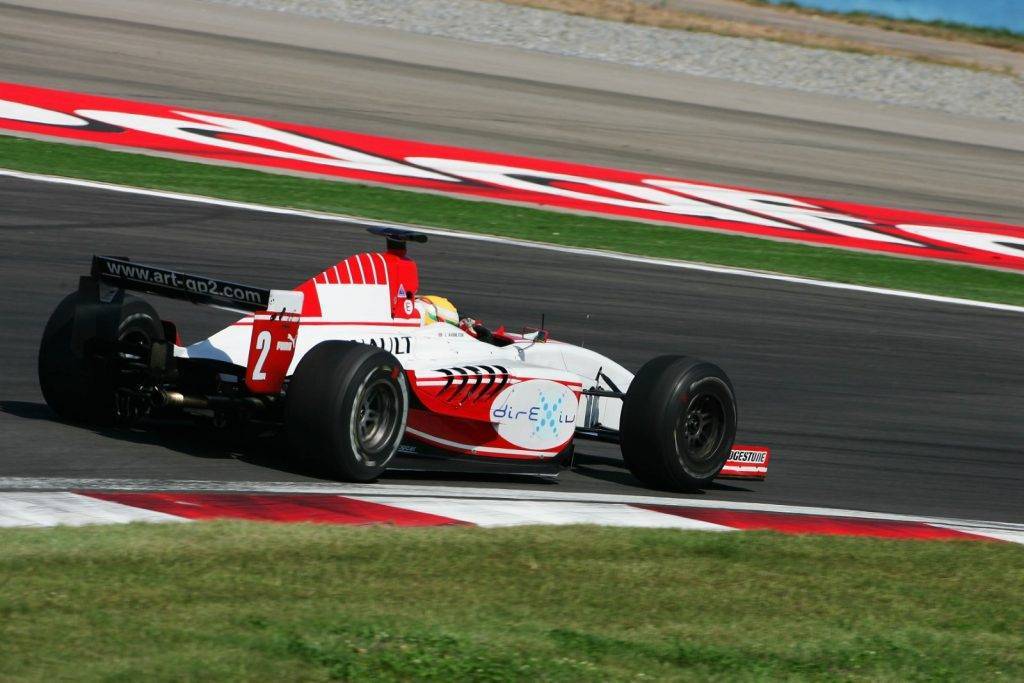 As Formula 1 returns to Turkey this weekend we look back at an epic drive from Formula 2 Graduate, Lewis Hamilton.

You’d be forgiven if you thought I was referring to the Formula 1 race where he took the win in 2010.

However, imprinted in my memory is the GP2 race in 2006 where he finished in second place for Art GP.

He didn’t win the race. That’s not the importance of this particular story. It was his relentless charge through the field that brought the world’s attention to Hamilton’s pure racing talent.

His GP2 rookie season had been a close battle with Nelson Piquet Jr. Both had impressed with the amount of podiums they’d secured between them throughout the year. By Istanbul Hamilton had enjoyed 10 and Piquet, six.

The Championship title was coming down to the wire.

Arriving at the penultimate race weekend in Turkey Hamilton had his work cut out to maximise his points.

Saturday’s Feature Race saw Piquet Jr. take the spoils and Lewis stood second on the podium. Starting the Sprint Race side-by-side in seventh and eighth, Piquet Jr. jumped ahead of Hamilton off the line.

The two locked horns and touched on Lap 1 as Hamilton attempted an overtake. He couldn’t make the move stick and the Brazilian escaped the Brit’s clutches.

As Hamilton pursued he spun on Lap 2 after taking too much kerb. Saving the stall, the Brit had to wait for most of the field to pass before he could point his Art car in the right direction.

While the commentators stated he was, “really in trouble” the Englishman had different ideas.

Hamilton set his stall out and launched his comeback.

Taking no prisoners he made wheel-to-wheel contact with Ernesto Viso. Both managed to stay on the track and the Brit took Viso’s position.

The Venezuelan had an eventful time of his own, miraculously managing to narrowly avoid a standing DPR car that forced him into a high-speed spin. He skilfully collected it and continued on his way.

By Lap 4 Hamilton had made up seven places – the determination from his cockpit was palpable as he put wheels off the track to make numerous passes.

Late on the brakes at every turn he made racing look easy as he passed José Mariá López on Lap 10 and his teammate Alexandre Prémat for P8 in a double move.

Lap after lap Hamilton was relentless. Man and machine working together in perfect symmetry.

With nine laps to go Hamilton caught Piquet Jr. The Brazilian was being held in position by Timo Glock as the Brit bore down on them both. The crucial moment of the race, and of the season, came as Hamilton caught and took fourth place from his Championship rival.

The Brazilian stood no chance against the charging Brit. The lap timings showed Hamilton was 1.3s quicker at this point of the race.

With a late brake into Turn 12, a move he’d spent the race perfecting, the overtake was inevitable.

Piquet Jr. briefly took the position back from Hamilton but the Brit was in a league of his own.

Taking advantage of the tow into Turn 12 he pulled his Art car alongside Piquet Jr.

The world held its breath as the Championship contenders demonstrated a masterclass in wheel-to-wheel action.

Hamilton won the battle and closed the door after making the pass so that Piquet Jr. couldn’t repeat the retake.

All of this was happening just a matter of inches from the back of Glock’s iSport car. Hamilton was now free of Piquet Jr. to begin his assault on the German.

With four laps to go they both tussled around the turns and straits of the Istanbul Otodrom, even touching side pods, but the Brit wasn’t relenting.

Making the pass on the start/finish straight Hamilton was now in P3 with just three laps remaining.

The Art driver eked every morsel of speed out of his car to catch and overtake Adam Carroll on the final lap, poaching second place from the Northern Ireland native just two corners from the finish line.

Nothing and nobody was able to stop Lewis Hamilton that day and it’s without doubt he would’ve won the race should he not have run out of laps.

The Brit could be seen punching the air from his cockpit as he completed the cool down lap.

With tyre marks on the side pods and a gash in the nose cone the car looked like as though it had just returned from combat.

Lewis took no prisoners that day. He was fearless, courageous and skilled. To those watching and to him it felt like he finished on the top spot.

“Even though I finished second it felt like a win.” – Hamilton.

Dubbed, “The performance of the Championship.” by race commentators at the time, it is now looked upon as one of the greatest drives of Lewis’s career.

He could’ve taken less risks and settled for a couple of points. A DNF at this point of the season would have been disastrous – But this is a six-time World Champion we’re talking about and even back then he had this ambitious philosophy:

“In the journey to becoming a Formula One driver every race is important.” – Lewis Hamilton

Being an elite competitor and a multiple winner isn’t something that is learned, or handed to on a plate. It’s something prodigious people like Hamilton, Muhammed Ali, Michael Jordan, Serena Williams, Wayne Gretzky, and Cristiano Ronaldo work hard and make many sacrifices to achieve.

“Somewhere like Turkey I’d made a mistake. But I think throughout the season in GP2 I’d just shown consistency; determination, which is key. When I came from the back I kept myself together, took all the negative, turned it all into positive and drove to the front and really dug deep and drove with all my heart.” – Hamilton

This GP2 race in Istanbul was a driving experience that’s helped mould the multiple World Champion we see today. It’s one of the reasons why Hamilton has won 92 Formula 1 races, and is on the cusp of a seventh World Championship title.

We here at insideF2 offer our congratulations on his accomplishments and wish him many more successes. 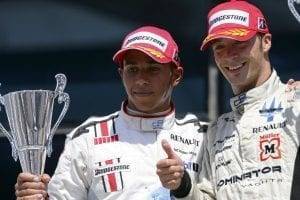