Dennis Hauger is in his debut F2 season hasn’t been plain sailing, so far.  Plagued by retirements and struggles during qualifying, the Norwegian is looking to turn things around in Budapest. For Saturday’s Sprint Race, Hauger will be starting eighth and four places ahead of his teammate, Jehan Daruvala.

Smiling after a tough qualifying session, Dennis some reflectively in an interview with us in the paddock.  “Obviously tough, I think some pretty comfortable in FP (Free Practice) on the mediums,” he started.

“But we just struggled to work our way around on the softs; a bit I think more on this track. Still, an improvement in qualifying compared to other weekends but yeah was looking for more in qualifying. So obviously, in the one thing, we really wanted to make a step-up.

And while the eighth place may not be where the Formula 3 Champion would like to be, there could be plenty of opportunities for Dennis to make up places on Saturday.

Talking about the tyres and the struggles, Hauger explained the issue. “It’s really sensitive, the tyres,” he started elaborating. “Going from medium to soft can change a lot both in terms of track temp, air temp, and the way we work our tyres on the warmup.

“So, it’s all very relevant to what we do on track and which lap you want to perform and everything. We obviously try to do the best job we could, especially on the last round.”

“Just a bit of a tough session,” the Red Bull Junior driver concluded.

In the closing stage, when asked about the incident during Free Practice when Dennis Hauger went off; he said, “Yeah I was just trying to push the engines to be fair.

“Obviously, we are using the same amount of or the same tyres per session. And I started struggling quite a bit with the rear-left and I push it away a bit too far.

“But in the end, it was the last lap. So it’s just trying to find the limit but went a bit over with but in the end didn’t change too much.”

Hungary has been a good track for the Prema driver, he won here in F3. Could Dennis Hauger make it another Hungarian Grand Prix but in F2 this time? Only time can tell. 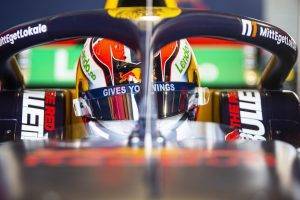