Hitech arriving as a new team onto the FIA Formula 2 grid is an exciting prospect and being experienced in junior formula’s is also an added bonus.

Hitech Grand Prix made news in the FIA Formula 2 paddock off-season in January when they were granted entry as the 11th team for the upcoming season, bringing up the number of cars on the grid for 2020 to 22 which was fantastic news for the championship.

The team, founded in its current guise in 2015 are no strangers to the junior formula single-seater ladder as they have experience running teams in series like FIA Formula 2 predecessor, the GP2 Series under the old name of Hitech Racing; as well as success numerous Formula 3 championships around the world.

The team also have the contract to run the Formula 3 Regional cars in the all-womens W-Series. They also ran the operation for the halo-shod hybrid Formula 4 cars built by KCMG in the FIA Motorsport Games last November held at the ACI Vallelunga Circuit in Vallelunga, Italy.

The consensus would say that Hitech Grand Prix would be a team to watch out for come, the first lights out in Austria, and with good reason, since they also acquired the services of youth and experience with sophomore Russian Nikita Mazepin who drove for ART Grand Prix last year and veteran Italian Luca Ghiotto who will begin his fourth year in the championship and no doubt will be looking to mount a title challenge after coming 3rd last year with UNI-Virtuosi Racing.

Of course, there will no doubt be hurdles standing in the way of the team in the upcoming season, given the fact that they will run an entirely different package of FIA Formula 2 car with the new low profile sidewall 18-inch Pirelli tyres introduced for this season. The team would also have a start on a clean slate setup-wise for the car and its new nuances with the 18-inch rims, as well as the intricacies of strategies for the Feature Races in Formula 2 with tyres that are designed to degrade much faster than that seen in Formula 1.

The experienced Italian driver Ghiotto has competed in Formula 2 now for four seasons (including GP2) and will embark on a surprising fifth season with Hitech.

Despite never winning the championship he has always performed solidly finishing eighth with four podiums and winning one race in his rookie season in GP2 for Trident whom he raced the prior two seasons with while in GP3.

The following season he made the move to Russian Time racing finishing his sophomore year in 4th place in the newly formatted FIA Formula 2 Championship. The season comprised of seven podiums and one win. This was a slight improvement but his team-mate Artem Markelov pipped him to finish second in the standings behind champion Charles Leclerc.

A poor season at Campos in 2018 saw him approach 2019 as his final chance for a way into Formula 1 or to with the championship. He took the seat at his another new team in UNI-Virtuosi which resulted in a third-place finish in the championship with nine podiums and four wins.

However, this was not enough for many and in the mind of himself to attempt another season but Hitech have gone for the experienced Italian and only time will tell if that experience can work well with a new team to hit the asphalt running in 2020

They might be the newest team in town – but @HitechGP sure hit the ground running!@luca_ghiotto reflects on taking the fastest time of testing ?#F2 #F2Testing pic.twitter.com/RwFxewuyOn

The Russian Nikita Mazepin has been racing single-seaters since 2014.

Starting out in the Renault Formulas and the various Formula 3 series he was announced as a young test driver for now namely departed Sahara Force India F1 Team.

During those years he was not in a position to mount any assault on championships and only picked up an elusive win racing for ART Grand Prix in 2018’s GP3 series.

However, he finished the season in GP3 second in the standings with four wins, one pole lap, five fastest laps and eight wins which earnt him the recognition that cemented him a test driver role.

His first full season in FIA Formula 2 was not to his standards with only 11 points on the board and a disappointing 18th finish.

Will Mazepin be able to reproduce the form that made him hot property in 2018? 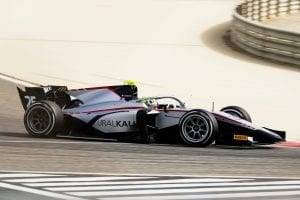 All these variables will be a tall order for the teams already in the championship, let alone for the new team on the block, but it will be an interesting challenge for Hitech Grand Prix nonetheless. And if testing times are anything to go by, the team look pretty much ready to tackle this new venture for them.

The 11th team on the grid adding another factor into the mix in an already competitive championship is an exciting prospect, and with a team, this experienced it will definitely enhance the FIA Formula 2 Championships status as the most important championships in the junior formula single-seater ladder. 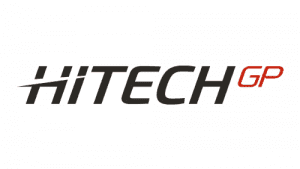