Hitech is looking forward to Monza after a positive weekend in Spa.

Nikita Mazepin claimed a podium in the Feature Race in Spa, taking second due to a post-race five-second time penalty. Despite the podium, the Russian did finish the race first but was given the time penalty for causing a collision.

He will be hoping this weekend is better and he can have a clean race to get back to the top step of the rostrum.

Nikita Mazepin said: “I had my best qualifying at Monza last year, finishing P3, so my aim is to better that this weekend. Looking at the weather, it should hopefully stay dry, so that we can use the full potential of the high-speed circuit. I’m looking forward to fight for the Championship.”

Luca Ghiotto also had a positive result in the Sprint Race at Spa,  he finished just behind his teammate in fifth. The Feature Race saw him finish ninth, which is where he had to start the second race of the weekend.

The Italian only has 51 points in the Championship and currently sits 11th, he will be hoping to gain some podiums, and some momentum, to help him get further up the standings.

Luca Ghiotto said: “It’s my home race, and Monza is a fast circuit, which makes it great fun to drive, but it can also be a challenge, especially with the high-speed corners. Hopefully, we can gain some points this weekend, after a positive result in Spa in the previous round.”

Hitech will want more podiums in Formula 2 as they wait to take the track in Monza. 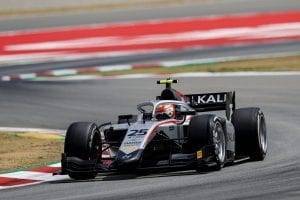