Hungary will be crucial for ART Grand Prix

Hungary will be crucial for ART Grand Prix

ART Grand Prix had a dream weekend in France as a double podium rocketed them up to the top of the team standings.  Frederik Vesti’s second-place finish and his teammate Théo Pourchaire third place, meant that the French outfit built a sizeable gap to MP Motorsport in second.

But before the season takes a summer break, the weekend in Hungary will be crucial for ART to maintain the lead. In the Sprint Race, while Vesti hung on to his fifth place, Pourchaire had some overtaking to do.

ART Grand Prix Team Principal, Sébastien Philippe, in an interview with us gave his thoughts on how the difficult race panned out for Théo. “On a difficult track where overtaking is almost impossible,” Philippe began saying. “Théo had a decent start but unfortunately get blocked in Turn 1, had to take the escape road, and lost all positions there.

“His race was almost done there”, Sébastien said.

Commenting on his other driver’s race, Frederik Vesti, who had the chance at the podium but unfortunately lost out. The Team Principal said, “His start was good but he tried to overtake Fittipaldi for the podium in T4, went wide, lost a position and it was finished.

“We all know that overtaking here [Hungary] is, like in Monaco, almost impossible.”

With the Hungaroring hard on the tyres, the race strategy will be key here.

Sébastien, however, the other hand gave us a different overview, referring to the strategy; he said, “It’s still not done yet, there is different options.”

He also mentioned that contrary to most opinions, tyre degradation in Hungary isn’t worse. The prime tyres seem to go off the curve in a few laps but tend to come back later on in the race. With regards to the strategy, Philippe was of the opinion that while the undercut is huge; most of it will depend on the timing of the Safety Car. Not just ART but all teams will have to take the gamble on which tyres they would want to start the race on.

Compared to last year where ART finished fifth in the team standings, Sébastien gave his candid thoughts on how the season has progressed this time around. He honestly stated this season was,  “Not too bad” by comparison.

“Clearly, we were expecting a bit more; it was quite challenging because we had some misuse on the mechanical side, on the driver’s mistakes, on team mistakes. So lost quite a lot of points in the season so far.

“But like I think; a bit everybody is very tight between all the teams. It’s a bit of competition, I think we are already at ten different winners I think. So it’s tough, it’s quite a close pack.

“You need to use each opportunity the best you can and I think we have got to be frustrated about missing a few things. But I guess everybody is in the same situation as us; there is still a lot to go in front of us, so let’s go and push.” 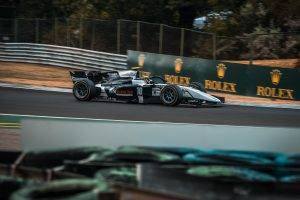