Callum Ilott’s first full season in the FIA F2 Championship with Sauber Junior Team Charouz had it is up’s and down’s. Securing two podiums in the the sprint races in Catalunya and Sochi respectively and a maiden Pole in Monza being a highlight for the Ferrari Academy Driver.

Overall Ilott finished 11th in his rookie year which has to be seen as a solid achievement following the step up into the series.

For the 2020 season, Ilott will leave Charouz and be joining FIA Formula 2 Team Uni-Virtuosi Racing while he also remains in the Ferrari Driver Academy.

Virtuosi look set again to have what it takes to challenge for the Team and therefore Ilott would hope the Drivers titles together and this would be the step in the direction Ilott is looking for in his sophomore year in F2.

But can Ilott make that step in the right machinery to show consistency through the season is the big question? You don’t need to win the Championship to graduate to F1 as we have seen with Lando Norris and Alexander Albon in 2019, but has never won a series himself can he make the grade?

Ilott had his first test in F1 machinery with Alfa Romeo in 2019 to give him the experience and confidence for the next level he can use that to quash any doubts or doubters he may have.

“I’ve just turned 21 and I’m still relatively young but it’s now important to focus on 2020 and show that I can do what George [Russell], Alex [Albon] and Lando [Norris] managed to do [in 2018]. Ilott told Autosport.com

This season is a big one for Ilott mainly due to the FDA (Ferrari Drivers Academy) bottleneck that is heading to the traffic jam at the F1 junction for the junior drivers.

In F2 for 2020, there will be Mick Schumacher and Robert Shwartzman racing at Prema Racing and Marcus Armstrong at Art Grand Prix along with Giuliano Alesi at HWA alongside Artem Markelov the GP2 / F2 Veteran.

Although as individuals they are are all at different stages the reality for them is that there really can’t be a seat for all of them in the next couple of seasons in F1.

We have seen for the 2020 season that there isn’t too much budging when it comes to race seats, especially given the average age of a driver plummeting over the last few years which makes it harder and harder for young drivers to get into a race seat in the premier series.

On top of that its all a game of cat and mouse for drivers and line ups as they all weigh up options for the much anticipated 2021 season and its expected shake-up of the grip following the latest regulation changes.

There will be Ilott riding on this season’s performance for Callum at Virtuosi. 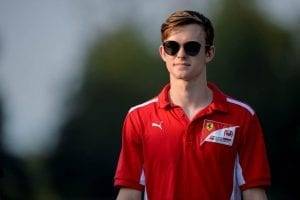