The 2020 Formula 1 season is finally over. It has been one of the most compressed, with just 163 days separating the first race in Austria on 5 July and today’s test. It is also the first time since the Sixties that the last race of the season has taken place as late as mid-December.

The final track action was today’s Young Driver Test at the Yas Marina Circuit which hosted the last round of the season.

Callum Ilott was on track completing a full day’s schedule for Alfa Romeo Racing. This was the second time Callum Ilott had tested a Formula 1 car, having done 41 laps of the Barcelona-Catalunya circuit, equivalent to 191 kilometres, back in May last year with the team.

A full day in the car and you won't hear @callum_ilott complaining! ? pic.twitter.com/4zUA1sl4ZT 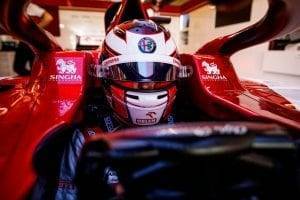