Following his second podium finish in the 2022 FIA Formula 2 Championship season, DAMS’ Ayumu Iwasa said that the set-up changes his team made on the grid were “really helpful” in the wet conditions at Round 7 in Silverstone.

After a subdued start from fifth, Iwasa stormed to second during the race, passing Jüri Vips, Jehan Daruvala, and finally Enzo Fittipaldi.

By the end of the race, he had closed to just nine-tenths of a second behind eventual winner Jack Doohan in addition to taking the fastest lap.

Iwasa told InsideF2 after the race that he and DAMS engineers were tinkering with the car’s set-up right up until the race began.

“I was preparing for wet driving with [my] engineers, but also, I was speaking about car set-up with engineers, and then I think it was working for this condition.

“Even on the grid after the install lap, we changed a little bit for the conditions changing, so it was really helpful.

“I think we could do everything as much as we can, and it was really working.”

Third-placed Fittipaldi explained that he prepared for the race using data from both this weekend and earlier in the season in Imola, where rain affected both Friday sessions.

“I think we had a good reference in the Qualifying and Free Practice from Imola. It was my first time driving in the wet there, so I have notes from Imola that I looked over to prepare for the race today.

“I knew we were going to have a chance of rain at some point this weekend, so I was prepared for it.”

Starting from second, Fittipaldi overtook Daruvala for the lead into the final corner on Lap 5.

Though Charouz’s prediction of more rain at the end was not borne out, Fittipaldi acknowledged that he and the team could have approached the Sprint Race with more foresight.

“We were expecting it to rain again towards the end of the race, and it just continued drying.

Fittipaldi has moved up to fifth in the standings on 56 points, while Iwasa is 13th on 38 points. 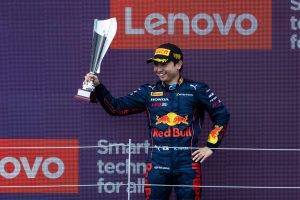