The twenty-one-year-old from Quito has spent the winter of 2019-2020 recovering from two broken legs during a crash at Spa in the FIA Formula 2 Feature race, which put him in an induced coma.

Correa then spent the following year in a wheelchair before making an emotional return to Spa to watch the proceedings at last year’s Belgium Grand Prix.

The former FIA Formula 2 driver, is thrilled to be given the opportunity to race again but is conscious of the learning curve he must face after a year out.

“First of all, I’m extremely happy to be back after what I’ve been through. I am super thankful to ART Grand Prix; it means a lot to me that they’re believing in me and my comeback. F3 is a transition year, my dream is still to reach F1 and this is the first step in my comeback.

“My targets are a bit ahead of myself because I still have to do a lot, I have not driven a car for a year and a half and there is a big learning curve ahead. I’m entering this season with an open mind, I won’t put pressure on myself, I will do my best, I will do what I love and that’s already a victory.”

ART Grand Prix team principal Sebastien Philippe praised Correa’s tenacity and return to the cockpit, with Philippe hopeful that Correa can bring some useful experience to the team.

“Since his horrendous accident in Spa, on August 30th 2019, Juan Manuel has been through a lot of phases, always fighting while keeping in mind that he did not want to give up on his dream to keep racing at the highest possible level.

“Juan Manuel is an example of bravery and tenacity and ART Grand Prix is proud to give him the opportunity to return to racing. Juan Manual is extremely strong mentally, he is still fighting to be as fit as possible and he is hungry. Behind the wheel, his talent is immense, as shown by his achievements in go-karts and then his first few years in motorsport.

“We are keen to accompany Juan Manuel to resume his career and to help him climb the ladder once again. He will give the team the benefit of his talent and experience.”

All of us here at InsideF2.com welcome JMC back to racing. 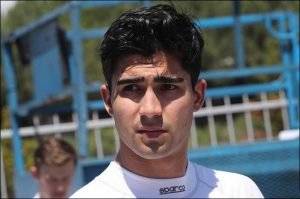