Welcoming on board Juri Vips for the #TurkishGP! ?? ?

The Red Bull junior will be our and @redbullracing’s reserve driver for the weekend, as Sebastian Buemi and Sergio Sette Camara have other racing commitments #AlphaTauri #F1 pic.twitter.com/o70HcFNqem

It’s been a whirlwind 2020 for Vips. He started the season disappointed, missing out on a full time seat in Formula 2 only then to sweep in to take a DAMS seat in the championship following a shunt for Sean Gelael.
Vips, has been part of the Red Bull junior programme since the end of 2018, and had been due to race in Super Formula this year, only for continuing travel restrictions getting in the way.

Vips has instead made appearances the above mentioned races in Formula 2 for DAMS and then also in Formula Regional European Championship.

Similar to Yuki Tsunoda’s test for mileage, Red Bull announced on Twitter that Vips had completed the required 300km in an Formula 1 car to get his FIA superlicence, thus allowing him to take a race seat.

Istanbul will have VIPS! ??? After being awarded his FIA Superlicence following the completion of 300km in an #F1 car, Juri Vips will join us and @AlphaTauriF1 trackside as Reserve Driver this weekend #TurkishGP pic.twitter.com/gd94fyZCzk

Vips will step in for the normal Red Bull and AlphaTauri reserves Sebastian Buemi and Sergio Sette Camara, whom both have prior commitments this weekend in the FIA World Endurance Championship season finale in Bahrain.

This will be positive news for Vips as it look likely that Gelael is set to return from his back injury for the round in Bahrain later this month. Check out our dedicated race weekend page (Bahrain Round 11) to keep up-to-date with the news. 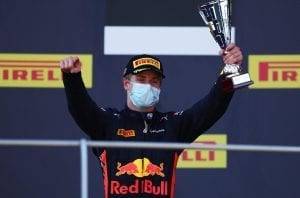